Everyone loves George Stroumboulopoulos, and that’s just a fact. So we’re so glad Rogers Communications has selected him to host Hockey Night in Canada next season. 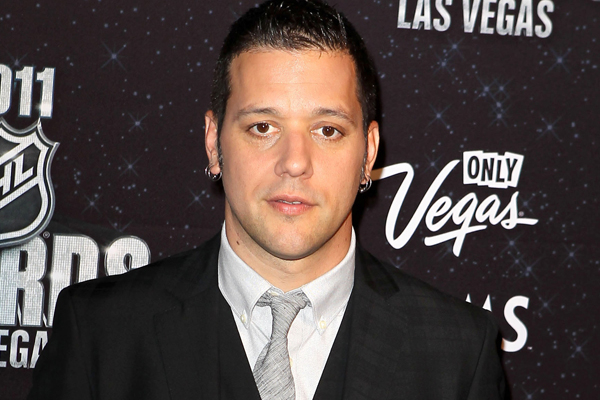 Well, this is like a second Christmas for Canadians everywhere! George Stroumboulopoulos is bringing his fine self to Hockey Night in Canada, y’all!

Indeed! Rogers Communications has announced Strombo as the new host of Hockey Night‘s next season, when the company finally takes over Canada’s NHL broadcasting rights. This is the first major change exercised by Rogers since the company sealed the $5.2 billion deal in November.

George will be joining Hockey Night‘s Ron MacLean and Don Cherry, along with Daren Millard and Jeff Malek of Sportsnet. We tip our hats to Rogers for assembling such an exemplary team of hosts and honouring the show.

“Hockey is one of my deep-seated passions, and I’m thrilled to be going full circle, returning to my roots in sports broadcasting,” Stroumboulopoulos stated. “It’s a dream for me to work with Ron MacLean and Don Cherry, as well as my old friend Jeff Marek, who I started my career with. I’m also looking forward to working with Daren Millard and the entire team at Rogers.”

Fun fact: Before becoming the hunky VJ on MuchMusic, Strombo worked in sports radio. So he’ll feel right at home on Hockey Night. We’re obviously very excited about this hosting shuffle (mostly for shallow reasons), and here’s why:

Perhaps the greatest reason of all, this new hosting gig combines Canadian women’s love for George Stroumboulopoulos and hockey. What can possibly be better? Nothing.

We have watched Stroumboulopoulos evolve from a punky MuchMusic VJ to super-hottie host of his very own show. Now we can enjoy his beauty as he talks about sports. Yes, this needed its own header, because it’s Strombo. And he’s gorgeous.

3. It will conquer sports coverage

Bringing Stroumboulopoulos to host Hockey Night is brilliant. He has a huge fan base of different ages, and the show will surely benefit from the new viewers. He can finally deliver some edge to the show.

Veronica Mars recap: 10 Things you need to know before you see the movie >>

4. It’s all in the interaction

We think this team of hosts, helmed by Stroumboulopoulos, is going to be epic. When you have such a solid set of opinionated sports enthusiasts, you really can’t go wrong. There will be something for everybody on Hockey Night from now on.

What do you think of Strombo’s new hosting duties? Can he handle it?