Michael Fassbender’s newest film, Frank, has him sporting a rather strange papier-mâché head the entire time. Will that improve his performance at all? 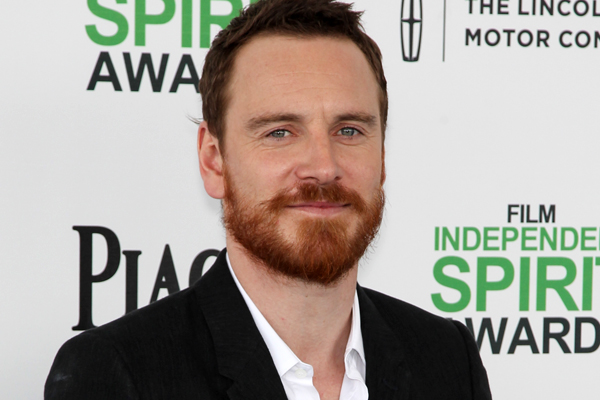 We think it’s safe to say that we’ve grown rather fond of Michael Fassbender’s scruffy, chiselled features and generous proportions (ahem, ahem). But is the actor’s resemblance to our favourite romance novel hero hindering his credibility as an acteur?

The release of the trailer to Fassbender’s newest film, Frank, may be underlining the utter shallowness of our perception of the actor. The Lenny Abrahamson-directed comedy-drama follows a young man named Jon (Domhnall Gleeson), who joins an eccentric band led by a papier-mâché-head-wearing Frank (Fassbender), and who attempts to have the band perform at the South by Southwest festival.

This indie flick is supported by the genre’s darlings like Gleeson and Maggie Gyllenhaal but is helmed — surprisingly — by the internationally renowned Fassbender. Despite being an unusual choice, the actor seems to be holding his own in the film and not just because he is wearing a giant head.

Now, are you more inclined to watch this film knowing Fassbender is the star? Would you have known otherwise? The actor is seemingly plagued by his devilish good looks, which practically render his skill irrelevant. That is not to say he is not a fantastic actor, but his fan base is densely populated by women relentlessly haunted by visuals from Shame. His appearance is almost a hindrance, rather than an advantage, if Fassbender wants to be taken seriously as an actor.

But, in Frank, all of that is neatly tucked away and compressed behind a papier-mâché mask. All the biases and preconceptions that we clutch onto before choosing to view a Fassbender film are eliminated by the simple concealment of his identity. This new role — a total departure from Fassbender’s usual dramatic characters — allows the actor to rely on his body, voice and pure skill to elevate his performance. He can explore different techniques, experiment with presentation and delivery of lines. . . It doesn’t matter, because the pressure is off. This may lure out Fassbender’s best performance yet.

Or he could get lazy behind the mask and just cruise through the whole thing, but we doubt it. The critics seem to already be mesmerized by this curious little film and Fassbender’s incredible performance. Frank is hitting theatres in May in the U.K. and coming to North America later this year. What do you think of all this?