The trailer for Grace of Monaco has finally been released, and Nicole Kidman looks so beautiful in it! The actress is a true embodiment of Grace Kelly. 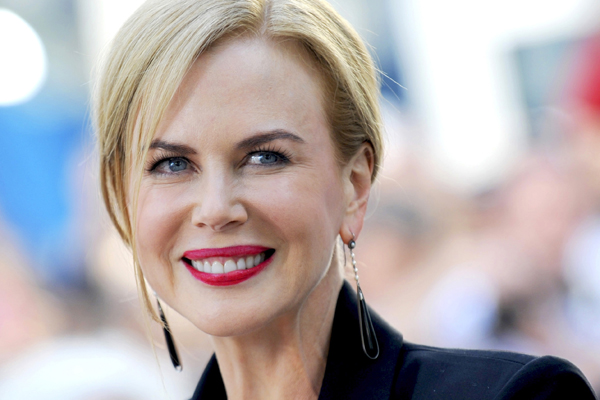 They could not have chosen a better actress to portray Grace Kelly! Nicole Kidman is spot on in this new Grace of Monaco trailer, portraying the iconic Hollywood beauty struggling to cope with her royal duties upon marriage to Prince Rainier III of Monaco.

The Olivier Dahan-directed film follows Grace as she abandons her Hollywood life in lieu of marrying Prince Rainier III and struggles with her identity, wishes as well as responsibilities during the heated political dispute between the Principality of Monaco and France in 1962. It is obviously loosely based on the real-life story of the gorgeous Oscar-winning actress.

Even in the trailer, it’s easy to note Kidman’s embodiment of Kelly’s movements, mannerisms and speech. The old Hollywood posture intertwined with royal elegance comes so effortlessly to Kidman, which is exactly why we think she was perfect for the part. Then there’s her beauty, of course. Kidman is gorgeous and bears a subtle resemblance to Grace, which is a major bonus.

Kristen Stewart and other famous faces of Chanel >>

The film is not to be confused with a biopic, and Dahan has admitted to taking several creative liberties in portraying Grace Kelly’s life. It’s meant to be a beautifully captured moment in the life of an iconic figure during a particularly turbulent period. Which, we think, is even better than any biopic!

Grace of Monaco will be released at Cannes in May, but we commoners will only have the trailer to hang on to for quite some time. Will you be watching this film when it hits theatres?

4 Reasons Conan is perfect to host the MTV Movie Awards
Veronica Mars recap: 10 Things you need to know before you see the movie
5 Political figures we’d like to guest star on Parks and Rec