Beyoncé’s original “Drunk in Love” music video is fantastic and mind-blowingly hot, but a Vimeo user took it a step further by turning it into an emoji video. 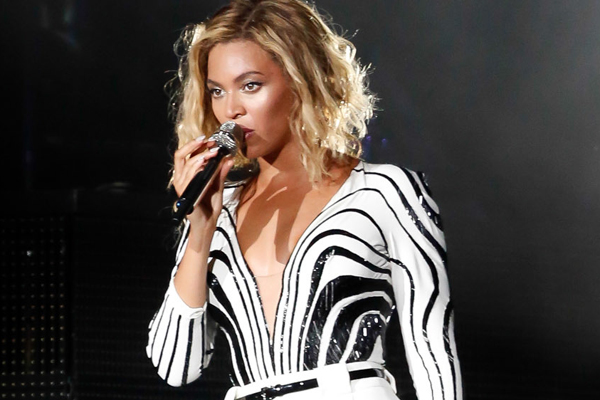 When Beyoncé’s eponymous fifth studio album came out unexpectedly in December, the entire music world dropped their jaws down to the floor. . . and their jaws pretty much locked in that position after hearing and seeing the singer’s sultry single, “Drunk in Love,” featuring her husband Jay Z.

Have you seen the official music video for that song? We will not do it justice by saying it’s hot, but we’ll say it anyway: it’s hot. Black and white, Beyoncé in some sexy lingerie dancing on a beach in front of a smoke screen, then with Jay Z. It’s everything anyone would ever want in a music video and then some. As we said, we can’t really do it justice with words, so just check it out:

Photo of the Day: Beyoncé’s baby photo is the cutest >>

Now, some brilliant soul out there — more specifically a Vimeo user named Jesse Hill — uploaded a homemade version of the music video using nothing but emojis (those little ideograms on cellphones). It is as epic and amazing as it sounds. Perhaps even more. We can’t imagine the amount of time it took to go through all the emojis and slap them together to create this beautiful piece of art. But enough of the chatter. Enjoy!

Granted it’s not quite as sexy as Beyoncé’s version, but you have to admit those grinding emojis were pretty spicy. Is anyone else mesmerised by the magic of the Internet and its abundance of creativity?

What did you think of this alternate “Drunk in Love” video? And more importantly, which other music videos would you like to see converted to emojis?

5 Albums you should check out in 2014
Miley Cyrus’ Bangerz tour: Should it be axed?
Check it! Commercials inspired by Devo’s “Whip It”