With the Academy Awards fast approaching, we thought we’d revisit some of the most memorable and offbeat moments in the ceremony’s history. 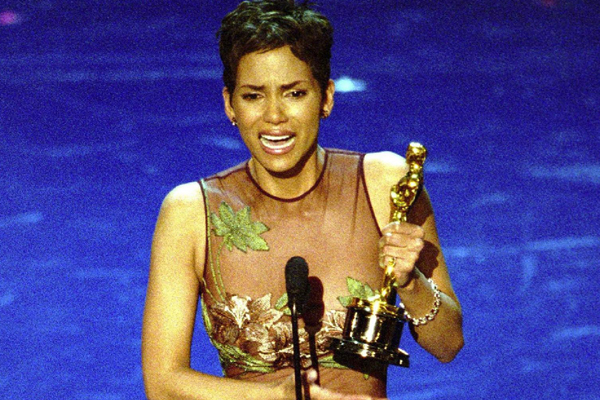 With the 86th Academy Awards finally hitting the screens on Sunday, March 2, we figured we’d give a quick tip of the hat to some of the most crazy and memorable moments in Oscar history. We’re talking tears, naked men and wild stunts here, people! Look alive!

Let us begin, shall we? Have tissues and giggles ready.

When Roberto Benigni won the Oscar for Best Foreign Film for the drama Life Is Beautiful, he could hardly contain himself. He actually concentrated his excitement on the chair in front of him and just jumped right on it. We don’t think we’ve ever seen anyone as enthused about a win.

This was a historic moment, and we’re pretty sure everybody was rooting for Berry. That night, she became the first African-American actress to win in the Best Actress category for her film Monster’s Ball. We cannot believe it took until 2002 for that to happen, but it did. Berry’s speech was charged with emotion and had us all reaching for tissues.

It pays to be a loser at the Oscars >>

Just like Mr. Benigni, Cuba Gooding, Jr. reminded us all about how exciting it is to actually win an Oscar. The actor picked up an Academy Award for Best Supporting Actor for his role in Jerry McGuire and could not stop himself from shouting words of love for everyone. Seriously, he said it a lot. It was one of the rare earnest and sweet moments at the Oscars.

Another great moment in the history of the Oscars: All the way in 2009, Kathryn Bigelow became the first woman to ever win a Best Director Oscar for her incredible film, Hurt Locker. In 2009, ladies and gentlemen. That’s how long it took.

Some say this was courageous, while others say Marlon Brando is a d-bag (pardon our French). Brando declined the Oscar for Best Actor in the Godfather at the 45th Academy Awards as a sign of protest for the way Hollywood treated Native Americans. The actor sent Sacheen Littlefeather (an activist) on his behalf to speak of the inequality the Aboriginal people faced at the time.

When the then 72-year-old Jack Palance won an Oscar for Best Actor in City Slickers, he decided to prove that he is not an old man just yet by dropping down and doing one-armed push-ups. This, done to intense audience cheering, left all of us very impressed.

Before Ben Affleck and Matt Damon were famous, they were just two besties from Boston who happened to win an Academy Award for Best Writing for Good Will Hunting. Their honest excitement and lack of pretense melted our hearts; it was the cutest moment.

How to host an awards-worthy Oscar party >>

It ain’t a party unless someone gets naked, right? Well, a certain Robert Opal did just that when he ran nude onto the stage in front of rolling cameras while host David Niven was introducing Elizabeth Taylor. Undoubtedly, a memorable moment for us all. Someone should do it again this year, yes?

Another legendary moment at the Oscars took place in 1964, when Sidney Poitier won an Academy Award for Best Actor in Lilies of the Field, becoming the first African-American to win in that category. What a wonderful moment!

This one never fails to bring a glittering tear to our eye. Charlie Chaplin emerged from a two-decade long self-imposed exile (after being accused of being a Communist sympathizer) to accept an honorary Academy Award and was received with a five-minute standing ovation. The longest standing ovation in history of the Oscars.

What is your favourite Academy Award moment?

This may be the cutest video of George Clooney ever!
5 Harold Ramis films that you must watch
Could Godzilla actually happen?