The legendary comedic fixture Harold Ramis passed away on Monday at his home near Chicago. To honour his contribution to the comedy world, we’re remembering his best films. 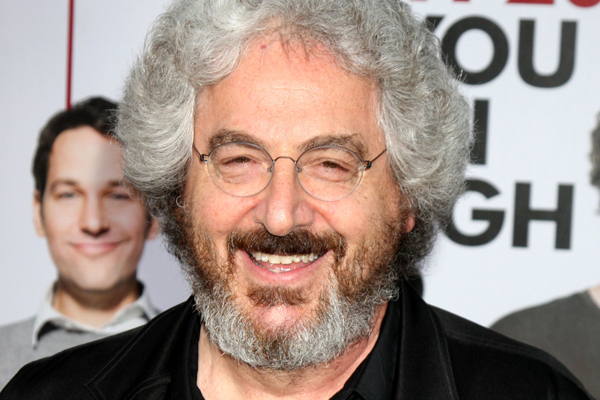 We didn’t see this coming at all. Harold Ramis passed away early Monday surrounded by friends and family at his Chicago-area home. He was 69 years old.

The actor died from complications of autoimmune inflammatory vasculitis, a rare illness causing your immune system to attack its blood vessels, leading to inflammation. Ramis has been battling the disease for the past four years.

It’s difficult to even grasp the influence Ramis had on the comedy world, because even if you’ve never been a direct fan of his, you’ve probably watched at least one of his films. He wasn’t just “that guy” from Ghostbusters, he was the director and writer of many comedic masterpieces.

We can’t think of a better way to celebrate his immense contribution to the world of comedy and our lives, than by honouring his best work. These are just some of Rumis’ films that you simply must watch, because they’re amazing!

This is a legend! Starring John Belushi, the film follows the shenanigans of a Dartmouth fraternity. Animal House was quite a trailblazer at the time and Ramis was one of the writers for this classic. If you haven’t watched this bad boy yet, you should rent a copy this weekend.

We couldn’t resist. This is the film most associated with Ramis. He co-wrote it with Dan Aykroyd and both of them starred in the movie with Bill Murray. The film follows three unemployed parapsychology professors, who start a business exterminating poltergeists. Incredible movie!

This film was directed by Ramis and was just a fantastic display of Murray’s comedic talents. It follows a Pittsburgh TV weatherman (Murray), who has to cover Groundhog Day in Punxsutawney, but finds himself in a timeloop re-living the same day over and over again. It’s hilarious!

Dan Aykroyd and Chevy Chase working on a comedy script >>

Written by John Hughes and directed by Ramis, the film follows the Griswold family (headed by Chevy Chase) on a road trip to Walley World. Obviously they had to navigate through numerous comedic obstacles. The film that all families everywhere can relate to; it’s quite timeless.

This may be the cutest video of George Clooney ever!
est moments of Jimmy Fallon’s debut on The Tonight Show
Olympics problems: Christopher Spring’s funny wardrobe mishap