As the 2014 Sochi Winter Olympics have come to a beautiful close, we can now fully reflect on Russia’s performance as a host and a country. We kind of like what we see. 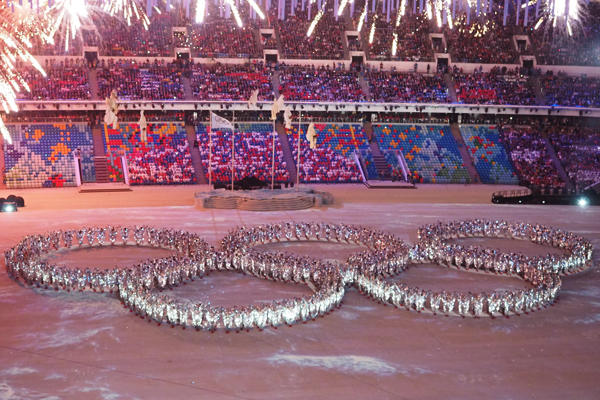 Believe it or not, the 17 sport-filled days of the 2014 Sochi Winter Olympics have come to an end with an elaborate, yet beautiful, closing ceremony on Sunday.

Russia, glowing with immeasurable pride, put on a show of a lifetime and handed off the Winter games to the next host: Pyeonghang, South Korea. And, while these Olympics had a couple of hiccups and came packed with numerous concerns, we think Russia deserves a righteous high-five for a job well done. 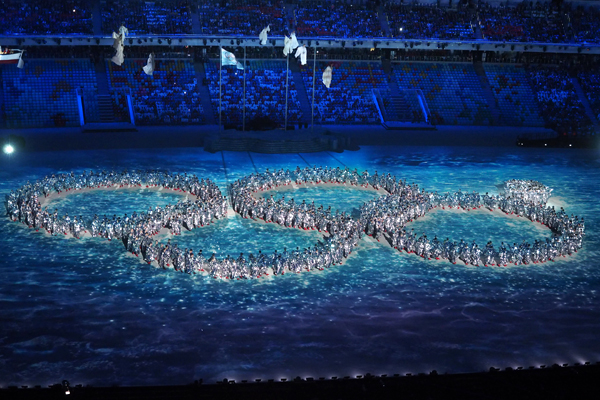 The closing ceremonies reminded us that these Winter Games went by so effortlessly that we even forgot about how ridiculously expensive these Olympics were. ($51 billion, y’all!) Then again, the flashiness of the closing ceremonies screamed that inescapable fact right back at us. But we even forgot about the lack of preparedness at the onset of the Games and those stray dogs wandering the halls of the hotels. We forgot it all. . . which means Russia did a pretty good job at distracting us.

The closing ceremonies were also gorgeous, intricate and filled with Russian imagery. It was the organizers’ pièce de résistance — the last chance to show the world the splendour of that vast country. We even saw Putin smile for a brief moment, and it was as terrifying as we imagined it would be. Top-notch stuff.

But we’re not going to stop here. We have to point out that the organizers were able to take the dilapidated tourist city of Sochi and turn it into an Olympic paradise in a very limited time. It wasn’t perfect, but still quite impressive. We must also mention that the athletes were happy with their facilities and that Russia spared no expense to make sure all the stadiums were state of the art. The hotels may have had loosey-goosey doorknobs and no floors, but darn it, the facilities were kingly! 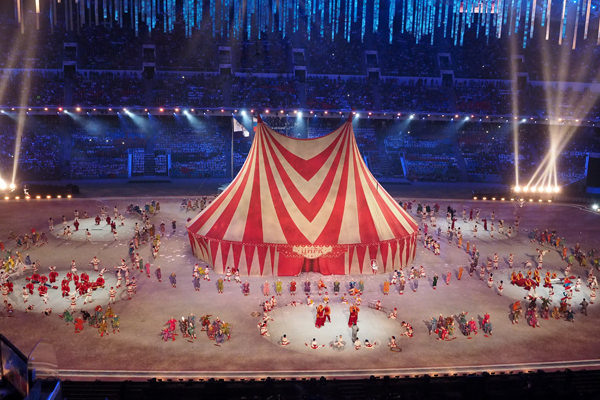 These Winter Games may have also brought some much-lacking spirit to the Russian people, who crowded the stands and cheered their little hearts out for every athlete. The home advantage even helped the country reel in 33 medals (almost double their count from 2010 Olympics) and top the medal count list. Canada came in third. So, it’s pretty obvious that Russia really needed these Games to re-introduce themselves to the world as a modern nation and to reinvigorate their people.

Of course, we still cannot forget the country’s lack of support for the LGBT community. No matter how great the Olympics are, human rights should be a priority and Russia currently holds a failing grade. The Winter Olympics were also overshadowed by the mass protests and spurts of violence in Ukraine, which left nearly 100 people dead. Rumour has it that Russia had a hand in that pot, advising the Ukrainian government to employ brute force. That obviously did not brighten up their image for thousands of international visitors in Sochi.

Well, you have to take the good with the bad and make your own conclusions. One thing is certain: these Sochi Olympics were definitely unique. They also gave us several new Twitter hashtags like #SochiProblems and #SochiSelfies. Russia did well and has a lot to be proud of, but there’s still work to be done.

It pays to be a loser at the Oscars
Pharrell is auctioning off his famous hat!
Cara Delevingne dating Michelle Rodriguez — how to cope