The Academy Awards ceremony is a night of glamour and Hollywood pizzazz, but why should celebrities be the only ones having fun? We have a drinking game to play with your girlfriends during the Oscars. 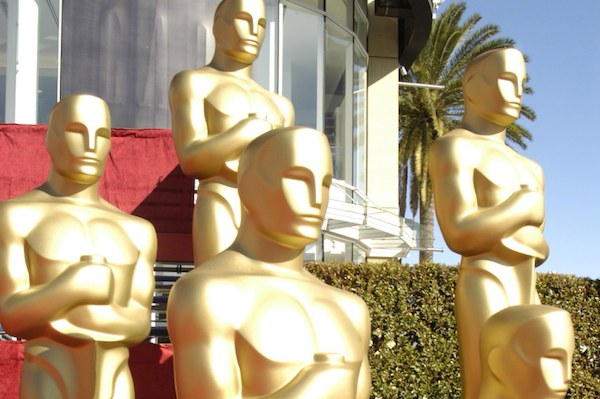 The queen of all awards shows is nearly here: the Academy Awards. While the Golden Globes might seem more lighthearted and the Emmys might bring together all our television sweethearts, the Oscars remain the most glamorous of them all. There is something about the mystery of who will win paired with that old Hollywood sensibility that makes this one of the most highly anticipated television events of the year.

While there aren’t many Canadian nominees this year, many amazing women have been nominated for awards. So grab your girlfriends, mix some cocktails, and get ready to get tipsy and start tweeting things about Brad Pitt you’ll likely regret in the morning.

Here are a few film-inspired drink recipes you can try, or experiment with recipes of your own!

Take a drink when…

See why it pays to be a loser at the Oscars >>

Note: SheKnows does not support binge drinking and recommends you drink and tweet responsibly.

Pink-haired celebrity beauties
The cutest video of George Clooney!
Pharrell is auctioning off his famous hat