Pharrell Williams is saying goodbye to his beloved big hat to raise money for charity. The singer is auctioning the item on eBay until March. 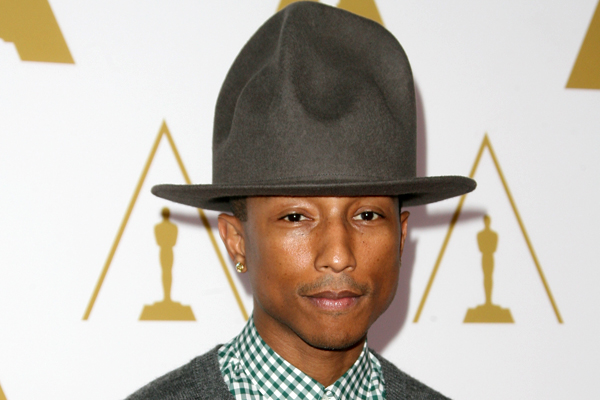 If you’re going to wear a hat, you might as well wear the biggest one!

It appears that Pharrell Williams is parting ways with his mountainous Vivienne Westwood hat which made quite a splash during its debut on the 2014 Grammy Awards red carpet. But the good news is. . . it’s up for grabs now!

The 40-year-old singer tweeted about auctioning off the comically large Mountie(ish) fedora to benefit his charity From One Hand To Another, which promotes education amongst youth in at-risk communities. So, basically, you have a chance to make a big statement about your fashion and your heart. What’s better than that?

So, how much would you have to fork over to own this bad boy? The current bid on eBay is sitting pretty at $10,500. Pocket change, right? But hey, you get free shipping! Hello, bargain!

The hat’s eBay post reads, “All proceeds benefit From One Hand to Another whose mission is to help change the world one kid at a time by giving them the tools and resources to meet their unique potential and empower them to nurture curiosity by learning through new technologies, arts, media and motivation!”

You have until March 2 to rally together a community, or act as single individual, to gather the funds to buy this tent-like piece of headwear (big enough to shield Ontario from rain). Come on, not many people get an opportunity to say, “Hey, check it, this used to be Pharrell’s noggin roof!”

So, think it over and even if you don’t want to buy the hat (although, who wouldn’t?), you can still donate to From One Hand To Another. Take luck, friends!

Cara Delevingne dating Michelle Rodriguez — how to cope
Would you go to jail for a Jennifer Lopez VHS tape?
5 Celebrities rumoured to be gay who are actually straight