We’ve all been saddened by the sudden passing of Devo’s co-founding member, Bob Casale. So we’ve figured out a way to celebrate how the band’s most iconic song, “Whip It,” touched our lives on an everyday level. 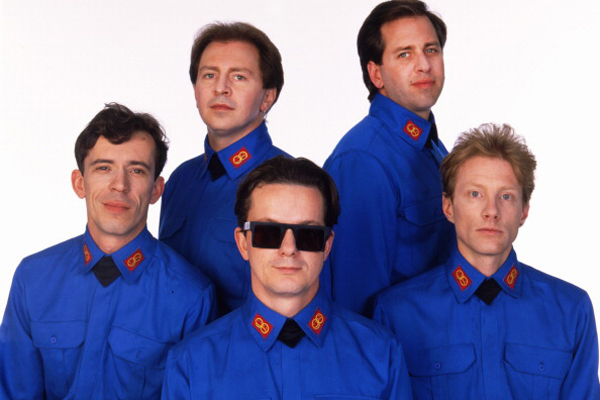 Sadly, one of the original members of Devo, Bob Casale, unexpectedly passed away from heart failure on Monday. He was only 61 years old.

“As an original member of Devo, Bob Casale was there in the trenches with me from the beginning,” Casale’s brother (also an original Devo member), Gerald, said in a statement on the band’s website. “He was my level-headed brother, a solid performer, and talented audio engineer, always giving more than he got.”

Devo formed in 1972 and is probably best remembered for its offbeat hit “Whip It,” which reached No. 14 on the Billboard chart and still maintains an immense cult following. You may remember the strange video accompanying the song, with the band members sporting those funky, plastic hats.

“We are shocked and saddened by Bob Casale’s passing. He not only was integral in Devo’s sound, he worked over twenty years at Mutato, collaborating with me on sixty or seventy films and television shows, not to mention countless commercials and many video games. Bob was instrumental in creating the sound of projects as varied as Rugrats and Wes Anderson’s films. He was a great friend. I will miss him greatly,” stated co-founder of Devo, Mark Mothersbaugh.

“Whip It” was such an original song with a distinctly Devo sound (don’t believe us? Listen to the band’s other songs!). It inspired countless covers and even parodies, many of which you can recognize in popular commercials. You know where we are going with this, don’t you? We’ve obviously put together a few commercials inspired by this 1980s classic, because this track has been in our lives almost every day through the magic of television. Enjoy!

Procter & Gamble has used Devo’s “Whip It” in several of its Swiffer product commercials, like the Swiffer Duster and Swiffer WetJet. All of them involve some intense dance sequences whilst cleaning… Because how else would you do it?

This is said to be Mark Mothersbaugh’s personal favourite, the Gateway commercial with the cow mouthing the lyrics to “Whip It.” We can definitely see why! It’s still one of the most memorable commercials out there.

Holy Ship!? and other music festival games we’d like to see >>

One of the newer ones, what’s cuter than babies wiggling? Nothing. This is an ad for baby onesies from the Australian brand Bonds. Seriously, “Whip It” could not have been put to better use.

Thanks, Bob Casale, for coming together with your brother and your buddies to form Devo! You will not be forgotten. Any great memories listening to Devo you would like to share?

Best moments of Jimmy Fallon’s debut on The Tonight Show
Would you go to jail for a Jennifer Lopez VHS tape?
5 People we’d love for the Queen to meet