Jimmy Fallon had a great premiere on The Tonight Show, and we simply must celebrate it. We’ve compiled our favourite moments from last night. 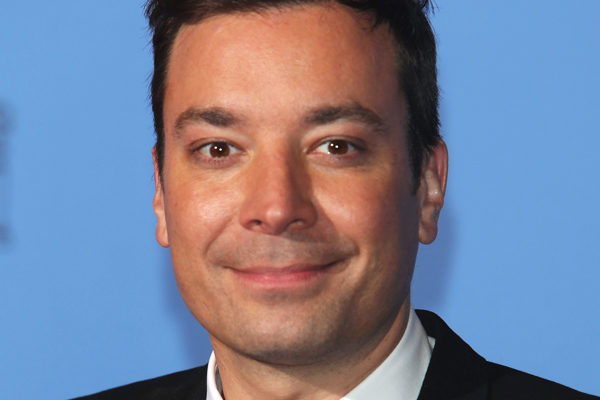 Can we get a high-five? Jimmy Fallon had quite the debut on The Tonight Show last night (grabbing the hosting torch from Jay Leno), and it was pretty exciting!

First of all, we must applaud Fallon for reeling The Tonight Show back to New York. It’s been filmed in Los Angeles since 1972. Second of all, the show’s premiere grabbed 11.3 million viewers, which is fewer than Leno’s last episode but still highly impressive.

The Tonight Show‘s debut also boasted a score of celebrity cameos, like Tina Fey, Stephen Colbert, Sarah Jessica Parker, Kim Kardashian, Lindsay Lohan, Mike Tyson, Lady Gaga and Mariah Carey, as well as the main guests Will Smith and U2. Not too shabby for a premiere!

Well, without further ado, here are our favourite moments from the premiere:

We liked how Fallon thanked his hosting predecessors and was entirely focused on delivering some well-timed humour. We could have done with fewer Olympic-themed jokes, but oh well!

2. Evolution of hip hop dancing with Will Smith

We love us a good dance, and we love us some Will Smith. Luckily this bit had both. You really can’t go wrong.

Jimmy Fallon wanted all them suckers who bet $100 that he’d never host The Tonight Show to cough up the cash… And they did. An army of celebrities walked onstage and dropped the money on his desk. It was awesome.

We had to give this a section of its own, because that is how you make an entrance… Boom!

Stephen Colbert also deserves his own section, because that was wildly hilarious.

What was your favourite moment?