While some of these films are very tempting, we suggest you steer clear of them on Valentine’s Day. We’ve topped the list with this year’s Winter’s Tale. 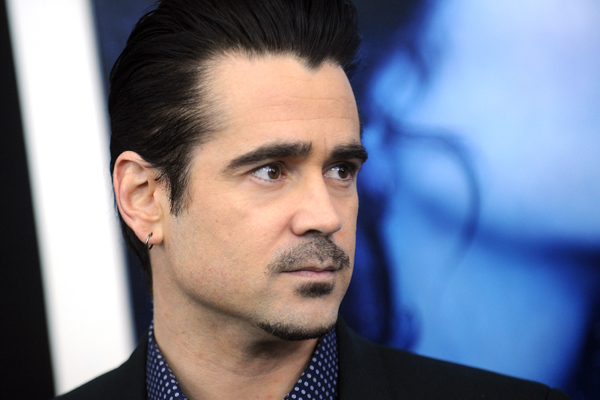 You’d think casting Colin Farrell in a romantic drama would be a clever decision. Alas, ’twas not so. In all fairness, it’s not really his fault.

Whether you were looking forward to it or not, the Valentine’s Day movie release Winter’s Tale is slated to be a major disappointment, which is shocking considering the major success of other films featuring flying horses… Oh, wait.

Indeed. Despite boasting an enviable cast like Farrell, Russell Crowe, Will Smith and Jennifer Connelly, the critics loathe the film to bits. Winter’s Tale currently holds a mere 9 per cent on Rotten Tomatoes, which is really nothing to brag about.

We must admit, it breaks our hearts, since we firmly believe that Farrell is an impregnable vision of perfection. But perhaps the actor was not best suited for this role.

In the spirit of Valentine’s Day and cinematography, we’ve compiled a list of other films we advise you to steer clear of on this romantic holiday. View at your own risk!

No. We do not feel bad whatsoever to declare that the dog dies. You know Marley dies as soon as the movie starts, and so the subsequent two hours are basically a torturous ride-along toward inevitable doom. The film has a few cute moments, but nothing kills romance more than a dying pet. Just… don’t.

The title pretty much foreshadows the experience, the gold being represented by Kate Hudson‘s and Matthew McConaughey‘s bronzed beach bods (this element probably being the film’s biggest hook) and the fools obviously being us. The story is as old as time: A super-hot divorced couple reunites to search for pirate’s treasure. If you want adventure, you’ll have better luck watching the 1984 classic Romancing the Stone.

We refuse! This movie sucks you in with the acting talents of Zooey Deschanel and Joseph Gordon-Levitt and then locks you in with its indie charm. But really, this film is about a failed relationship, which leaves you with a quivering lip on the most romantic day of the year. Is that what you really want? Is it? It’s great for any other day of the year, though.

We don’t even feel any remorse in placing this film on our list. After all, it is considered to be one of the worst films ever made. Even though it stars Ben Affleck and Jennifer Lopez, it’s not enough to keep this film afloat. It’s cheesy, the dialogue is flimsy, and the storyline is just plain bad. But hey, if you’re thinking of hosting a “bad movie” night, this is a great choice!

This breaks our hearts! This film has such a beautiful cast — pretty much every actor in Hollywood (including Kathy Bates!). Yet Valentine’s Day turned out to be a very bland and cliché flick. While it seems like a perfect choice for the romantic holiday (the title is just so tempting), we say opt for Love Actually instead.

Which other movies do you think we should add to the list?