Every once in a while we come across a video that blows our minds. This is one of those instances! The Canadian Institute of Diversity and Inclusion has released a great video against the anti-gay propaganda laws in Russia. 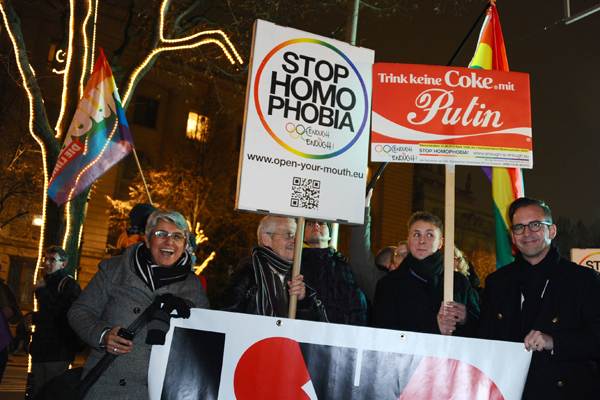 We don’t mean to oversell this public service announcement video or our country, but… Canada is the best.

With the Sochi 2014 Winter Olympics kicking off this Friday, Russian anti-gay propaganda laws are still front and centre of heated debates. Luckily the Canadian Institute of Diversity and Inclusion (CIDI) is not being idle and has created just about the coolest PSA video in support of the LGBT community. Watch below:

First of all, the sport selected is spot on. Second of all, the fact that the entire scene is set to “Don’t You Want Me” by The Human League makes us immeasurably happy! It’s beautiful.

If you haven’t been perusing Russia-related news lately, the PSA is in protest of laws implemented last year forbidding the display of “gay propaganda.” The term is, of course, used loosely and pretty much means that anything related to the LGBT community is off limits in public. The laws have led to numerous beatings of openly gay individuals and even public shaming.

This is why we are so proud that CIDI has not only released a wonderful video to raise awareness but one that has the potential to go viral and spread the message. We applaud you!

You can learn more about the initiative here, and don’t forget to spread the word about the video. The more people support the campaign, the better!

4 Ways Candice Swanepoel can spend Valentine’s Day
Rowling: Harry and Hermione should have ended up together!
Willie Nelson, Carole King and Grammy performances worth seeing again