Per reports, Queen Elizabeth II is dismayed at the length of Kate Middleton’s skirts of late and has even revised her wardrobe for her Australian tour. 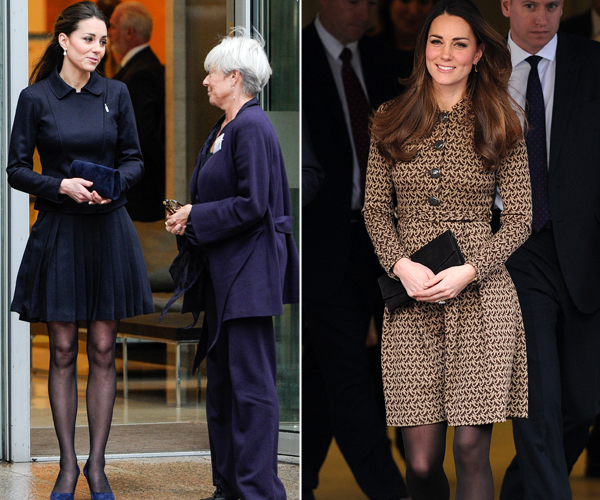 Well, if Kate Middleton is not doing it right, then there’s no hope for the rest of us. We’re mere mortals, after all!

Per recent reports, Queen Elizabeth II is not thrilled about the length of the Duchess’ skirts, claiming they are far too short. We’re just going to go ahead and point out that her grandson, Prince Harry, was caught naked in Las Vegas. . . but Middleton’s skirts are scandalous?

The Mail on Sunday reports that the Queen has taken the liberty of revising Kate’s wardrobe for her Australian tour and included significantly “lower hemlines.” We suppose that’s the difference between a commoner and the Queen; when we see Middleton step out for some official royal business, we react like this:

We don’t get it! Kate is like a magical unicorn piñata full of candy filled with beautiful, dipped in gorgeous and sprinkled with magnificent. How can anyone disagree? Middleton’s long legs should not be cooped up in ankle-length skirts; they must gallop free in frilly dresses!

But according to the same report, Queen Elizabeth also insists that Kate wear tiaras during her tour and sport some of the jewellery from the royal collection. It’s a little fancier than we’re used to seeing, but we’re sure Middleton will have no trouble wearing Queen Mother’s rubies.

We just wonder: How much control over Kate does the Queen have? Is Middleton not allowed to have fun with her wardrobe and show off her personality? She’s a style icon for many; we just wish she had the freedom to express herself more.

Philip Seymour Hoffman’s death: The world reacts
Zac Efron, how do we love thee? Let us count the ways
Photo of the Day: Beyoncé’s baby photo is the cutest