Guess what! It turns out even J.K. Rowling herself wished that Harry Potter and Hermione Granger ended up together at the end of the book series. Our minds are simply blown. 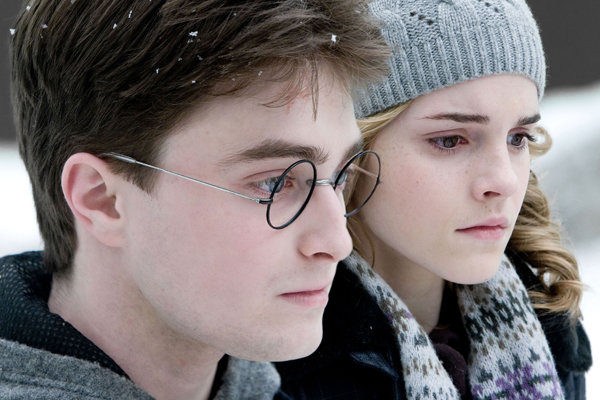 We totally called it. We and millions of Harry Potter fans the world over called this one years ago. J.K. Rowling, how could you have let this happen?

In a recent interview with Wonderland magazine, which was, coincidentally, conducted and edited by Emma Watson, Rowling admitted that she too wishes Harry Potter and Hermione Granger had ended up together at the end of the series. Hold the phone… What?

While we were ripping our hair out and counting the teardrops on our pillows over the cruel pairing of Hermione and Ron Weasley when it was so blatantly obvious that she was meant to be with Harry, Rowling was actually doing the same thing yet did nothing to change the ending? Unacceptable!

We fully expect applause for choosing an ever-so-poignant GIF of Alan Rickman (who played Severus Snape in the Potter films). Here’s what Rowling — if that’s even her real name — had to say for herself:

“I wrote the Hermione/Ron relationship as a form of wish fulfillment,” Rowling stated. “That’s how it was conceived, really. For reasons that have very little to do with literature and far more to do with me clinging to the plot as I first imagined it, Hermione ended up with Ron.”

The author added, “I know. I’m sorry. I can hear the rage and fury it might cause some fans, but if I’m absolutely honest, distance has given me perspective on that.”

And here’s how the entire fan base of the books and the films (including us) reacted:

Now, we wonder: Was it better when we didn’t know? When the possibility of Hermione and Harry was just a pipe dream? Now that we know the pairing was in Rowling’s head too and could have been a reality, we can’t help but think that maybe, just maybe… We should throw a fortepiano at her.

Anyway, how do you feel about this revelation? Sharing is caring.