Sadly, the talented actor Philip Seymour Hoffman was found dead on Sunday from alleged drug overdose. Twitter was quick to react to the shocking news. 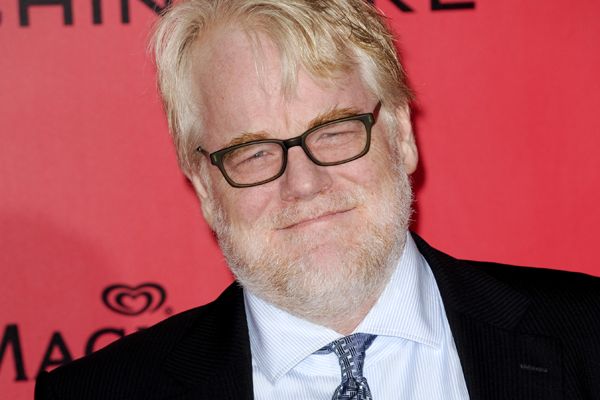 Truly tragic news: the Academy Award-winning actor Philip Seymour Hoffman was found dead in his New York City apartment on Sunday. He was only 46-years-old.

Per reports, a friend was checking in on the actor — after the latter failed to pick up his three children — and discovered him on the bathroom floor with a needle in his arm. The police have allegedly discovered two glassine envelopes filled with heroin near Hoffman’s body and several similar empty envelopes around the apartment.

The Master snubbed at the Venice Film Festival? >>

The actor completed a 10-day treatment program at a rehab facility for heroin addiction in May. Hoffman previously confessed to struggling with substance abuse in his 20s but remained sober for two decades before relapsing in 2012.

Hoffman received an Oscar for his role in the biographical film Capote in 2005 and was nominated for an Academy Award three more times since then. He was committed to reprise his role of Plutarch Heavensbee in the next two Hunger Games films.

His death came as a quite a shock to all of us, and there has been an outpouring of well wishes on social media from fellow celebrities and regular folks. Let’s take a look at a few of them:

Dear Philip, a beautiful beautiful soul. For the most sensitive among us the noise can be too much. Bless your heart. ;^{

We lost one of the greats today. Philip Seymour Hoffman RIP my friend. You will be missed always and forever.

Philip Seymour Hoffman was a brilliant, talented man. The news this morning is shocking and sad. My heart goes out to his loved ones.

RIP #PhilipSeymourHoffman His untimely death is tragic for family & to all who enjoyed his unforgettably profound character portrayals.

RIP #PhilipSeymourHoffman Money and fame do not buy a peaceful brain. I hope you are in the quiet calm.

Death of a great actor before his time. #PhilipSeymourHoffman rest in peace. You will always be remembered.

Such a shame about #PhilipSeymourHoffman Such a great actor, truly one of the best.

Hoffman was a truly talented actor who will be dearly missed. We hope his family can have some privacy during this difficult time.

Zac Efron, how do we love thee? Let us count the ways
Photo of the Day: Beyoncé’s baby photo is the cutest
Lorde is indeed 17: Here are some of her quotes to prove it!