Surprise! Due to widespread disbelief of Lorde’s alleged age, somebody went to the trouble of obtaining a copy of her birth certificate. And she is indeed 17. 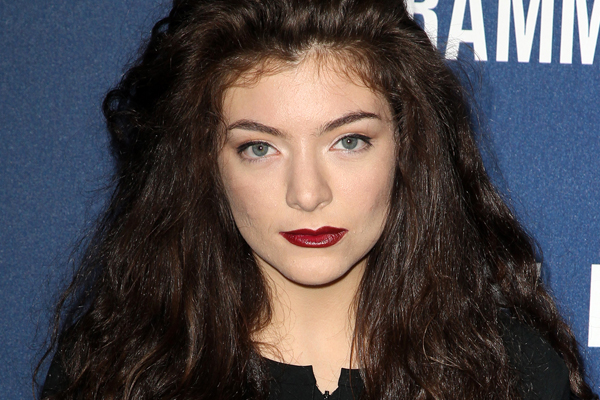 Believe it or not, some folks out there have a hard time accepting that Lorde achieved her worldwide success at the tender age of 17. Maybe it’s because she doesn’t twerk?

But there are actually conspiracy theorists out there who claim that Lorde cannot possibly be that young (because of her elevated level of maturity). Pretty wacky, eh? So, The Hairpin website obtained a copy of her birth certificate and has confirmed that she was, in fact, born on Nov. 7, 1996. Which means the “Royals” singer is 17 years old after all. Quelle surprise!

Lorde is the youngest singer to top Billboard since 1987! >>

We would just like to take a moment and point out the insanity of actually purchasing a copy of another person’s birth certificate… Are we the only ones noticing the blatant invasion of privacy? Maybe we’re too old-fashioned.

To be honest, we’re not quite surprised that Lorde is so young. We’re impressed by her success, of course, but she’s clearly a teenager. We’ve rounded up a few of her quotes to prove our point:

1. “I don’t feel bummed about not getting super-crunk all the time.”

This quote appeared in an interview with Lorde in Rolling Stone magazine, and we think it just about proves her real age. We doubt an older individual would use the term “super-crunk” in their vernacular, and we even had to look it up. It’s a portmanteau of “crazy” and “drunk.” Feel free to use it!

2. “When I was trying to come up with a stage name, I thought ‘Lord’ was super rad but really masculine — ever since I was a little kid, I have been really into royals and aristocracy.”

OK, so Lorde is a very well spoken youth, but how many adults say “rad”? Boom! The proof is in the pudding, people! Slang is the best determinant of age.

3. “I wanted to put the EP up for free because being teenager and not having a credit card — I mean, who has a credit card at 16?! — I just thought people my age would appreciate it.”

We didn’t choose this quote because she literally stated her age (at the time). We chose it because if Lorde were as old as those conspiracy theorists claim she is, we doubt this statement would ever be made. The ability to purchase EPs over the internet is relatively new; hence, only a very young person would find it enticing or relatable.

Did you ever doubt Lorde’s age?