We’re still on a bit of a Grammy Awards high today. Because, really, where else can you see country music, rock gods and pop divas all perform on the one stage and then rock out to each other’s music afterwards? You can relive the performance magic right here, of course. 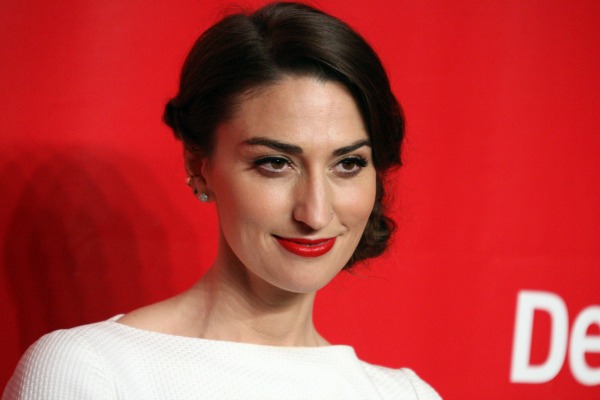 The 56th Grammy Awards did not disappoint with their performances this year. Classical pianist Lang Lang paired up with Metallica for an electrifying rendition of “One”; French robot-enthusiasts Daft Punk performed with Pharrell Williams and Stevie Wonder; and Madonna and Queen Latifah helped officiate some 33 same-sex and heterosexual marriages live during the ceremony.

If Taylor Swift’s front-row dancing was anything to go by, this year’s performances were dynamic and exciting, risqué and controversial, moving and inspirational, and absolutely worth watching over and over again.

Here are some of our favorite performances from the night.

Willie Nelson, Kris Kristofferson and Merle Haggard got everyone grooving with their performance on Sunday night. How else would we ever get the opportunity to see Beyoncé get down to country music? The exciting news is the three music icons are also purportedly working on a collaborative album together. “We’re working on one now, yeah,” Nelson confirmed to Billboard, adding that it’ll be released “as soon as we get it together.”

Legendary singer and songwriter Carole King teamed up with Sara Bareilles to perform a medley, including songs “Beautiful” and “Brave”, before presenting Song of the Year. King and Bareilles seemed to have such a wonderful chemistry together on stage, often smiling at each other with admiration and encouragement. “What a thrill to perform with the woman who has been such an inspiration to me,” Bareilles said. Which King followed with, “And what a thrill to see the future of music in such good hands.”

Lorde left us wondering, uh, Adele who? No, wait, we still love Adele, obviously, but, boy, can Lorde sing. It was just her, a drummer and a synth player and she performed perfectly. The 17-year-old also took home Grammys for Song of the Year and Best Pop Solo Performance.

Beyoncé opened the ceremony with a performance with her hubby Jay Z which raised a few eyebrows. While some claimed the singer was too sexy during her performance, others were downright impressed with her sexy chair routine.

Pink did it again this year; taking us for a spin during her aerial performance. She dipped and twirled high above the crowed and continued the show on stage during her duet with Nate Ruess.

What were your favourite Grammys performances?

Holy Ship!? and other music festival games we’d like to see
Regina Spektor is pregnant: Celebrate with her best songs
7 Pink-haired beauties: From Demi Lovato to Helen Mirren