If you’ve just woken up to find out the Grammys were on last night, stop kicking yourself for missing it; you’ll be happy to know we’ve got the music industry award ceremony all wrapped up for you. Just take a look at what went on. 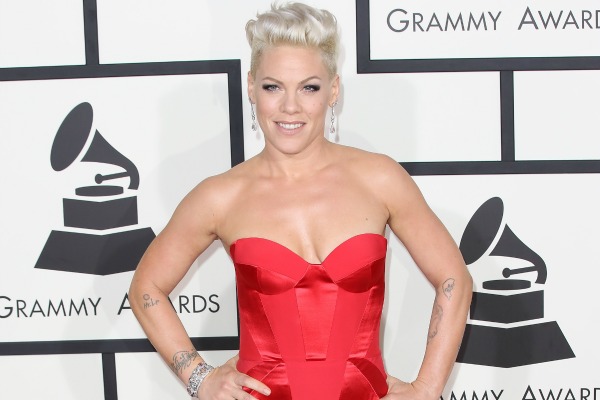 There were history-making performances by legendary music icons, sexy stage acts between Beyoncé and Jay Z and, again, Pink twisted and turned like a boss while high above the crowd during her aerial performance.

It wasn’t just the performances that were cause for conversation, though; the celebrity fashion on the red carpet was hard to look past, too.

Grammys fashion: The best and worst-dressed >>

First there was Pharrell Williams who turned up looking like a Mountie.

Once the show was underway, we were greeted by Beyoncé’s fierceness. Snap!

Then Jay Z made an appearance and wasn’t at all shy about getting close during his performance with Queen Bey.

Taylor Swift channelled some interesting emotions during her performance of “All Too Well”.

Then gasped prematurely when she thought she’d won Album of the Year.

Pink took us for a spin during her Grammys performance, and deservedly received a standing ovation.

And while Lorde was confident and perfect during her performance, she was a little blown away by her Best Solo Performance win.

Sit down for this one, because the remaining Beatles, Sir Paul McCartney and Ringo Starr, performed.

And it was awesome; Yoko Ono even thought so.

If all of that wasn’t enough, the Grammys even managed to surprise us with a live marriage ceremony between more than 30 couples.

But even Keith Urban agreed it was one of the most moving moments of the night.

What was your favourite moment from this year’s Grammys?