We love us some Benedict Cumberbatch. The actor recently caused quite a stir when he accepted the U.K. National Television Award in his swim trunks via satellite. 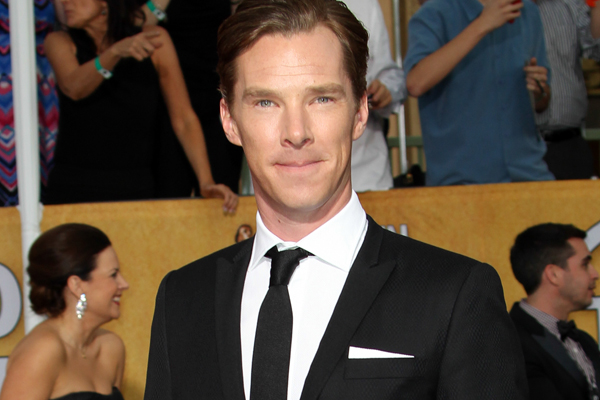 Benedict Cumberbatch is taking acceptance speeches to the next level. . . by not wearing pants. It’s not what you’re thinking! He still had bottoms on. Come on, get your head out of the gutter!

The 37-year-old actor won the U.K. National Television Award for Best TV Detective on Thursday, for his portrayal of the odd-but-lovable Sherlock Holmes in the BBC series Sherlock. Unfortunately, he could not be physically present to accept the award, so he did so via satellite from Los Angeles.

While his speech started out quite ordinarily, things went south when the camera panned down below Cumberbatch’s waist to reveal that he was wearing swim trunks with his tuxedo upper half. Obviously, Los Angeles is agreeing with Mr. Cumberbatch.

We love the unexpectedness of this move and the subsequent hilarity. Oh Benedict, you saucy man! Next thing you know, the actor will be wearing Hawaiian shirts, flip-flops, straw fedoras and aviator sunglasses. Oh, the unknowable universe!

We figured this video is perfectly suitable for Friday and that it will fill you with glee before the weekend. What did you think of this quirky feat?