We love pranks. We love them! So, when we saw the brilliant prank Arnold Schwarzenegger pulled on members of Gold’s Gym, we had to find more. 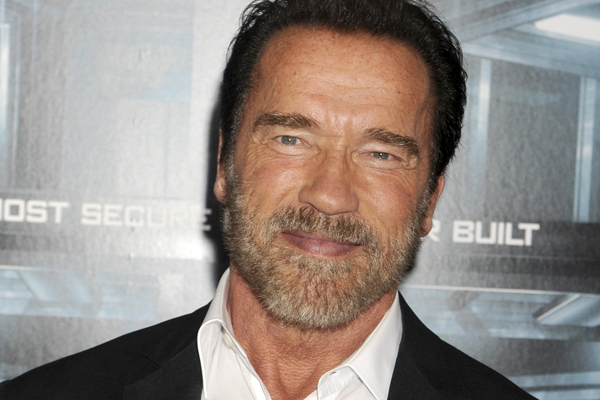 Arnold Schwarzenegger hath returned to his old stomping ground at Gold’s Gym to pull off an innocent prank in the name of Lady Charity! And boy, was it a good one!

The 66-year-old former Mr. Universe hit Gold’s in Venice, California, disguised as Howard the Fitness Instructor, complete with black wig and an unsightly lip-tickler, roaming the gym, pranking members. The video is meant to promote the After-School All-Stars mentorship program for low-income families.

Needless to say, this video has everyone’s attention! At some point, Schwarzenegger even instructs a woman to do reps at the drinking fountain. . . which she actually does. Oh, Arnie!

Obviously, we’d like to keep this happy feeling going. So, we’ve compiled a few of our other favourite celebrity prank videos, just because. We must admit, though, that Schwarzenegger is at the top of our list right now.

www.youtube.com/embed/g59GrPrt6CQ
Dennis Quaid is not particularly famous for being hilarious, but with a little help from Ellen DeGeneres, this guy became a pro! Wearing an earpiece, the actor visited a Starbucks on Ellen’s studio lot and echoed everything the devious funnywoman told him to say to the barista on duty. It was obviously almost too funny.

2. Justin Bieber for Funny or Die

www.youtube.com/embed/AimrmMlD5Tk
Teaming up with Funny or Die, Justin Bieber pretended to takeover the company and used it to build his ego (through popular rumours about him). This was back when Bieber still had his flippy hair and didn’t have the police napping in his foyer or strip clubs on his speed dial. Good times.

Ellen DeGeneres fights back against One Million Moms >>

www.youtube.com/embed/Z4lYWuQME4c
George Clooney is a notorious prankster, as confirmed by numerous celebrities. We especially enjoyed this one because it’s so over the top. Clooney pranked his Ocean’s Eleven producer Jerry Weintraub by pretending to be a masseuse, and Brad Pitt filming the whole thing. You can imagine how ridiculous that was.

www.youtube.com/embed/vszFWJ6hano
We don’t know why this is so funny. Ellen DeGeneres likes to scare Taylor Swift, mostly because she always gets so incredibly emotional. We think DeGeneres has frightened the adorable Ms. Swift upwards of eight times. But the video below is by far our favourite:

Kelly Clarkson is having a girl! What should she name her?
4 Jobs we’d like the royals to try their hands at
6 Best Meryl Streep movies