All of our prayers have been answered. Parks and Recreation has been renewed for season seven, and we’re so excited we may just burst at the seams. 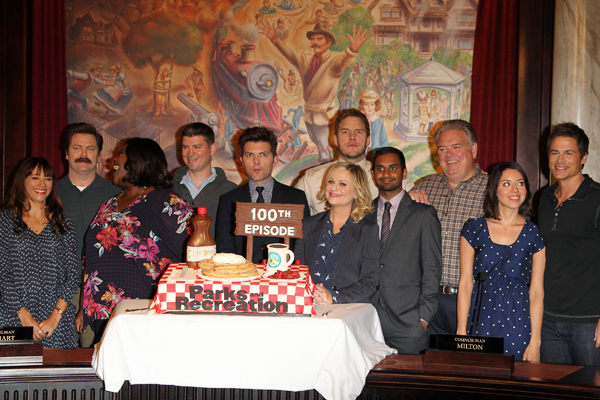 Whoop, whoop! Parks and Recreation is returning for a seventh season, everybody!

“Parks and Recreation is going to have a seventh season,” NBC president Robert Greenblatt stated (rather concisely) on Sunday. Cue celebratory dance:

No other information concerning the news has been released. The season six finale is scheduled to air on Jan. 30, but we’re glad this is not going to be the end of the show (despite Chris and Ann’s heart-breaking exit).

Since we’re feeling a wide range of emotions right now, we decided to pen a guide on how to properly react to the magnificent news of another season. Yes, there is a wrong way of doing this. Luckily, you have us.

2. Then, run naked through your nearest park.

3. Buy a celebratory piñata. Beat it to smithereens.

4. Throw a wicked party for all your friends.

5. Cool it, and patiently await the next season premiere.

How did you react?

Our favourite 2014 SAG Awards acceptance speeches
How we feel about the Ben Affleck and Matt Damon reunion
Happy Birthday, Jason Bateman! Check out his best films