Surprising or not, Justin Timberlake has grabbed the top spot on the best-selling albums list for 2013. The list is dominated by male musicians, save Beyoncé, who came in eighth. 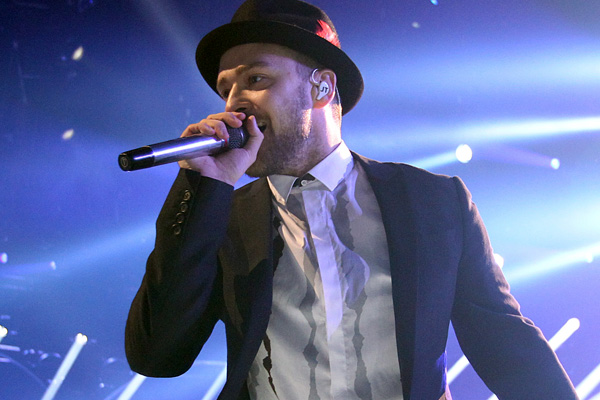 When the 2013 album sale numbers were initially published, many news outlets leapt at the fact that this is the smallest selling year since Nielson SoundScan began keeping records in 1991. Which is indeed true, but that’s not what we were shocked by.

Justin Timberlake grabbed the top spot, selling 2.43 million copies of his album The 20/20 Experience since it was released on March 19. It’s the lowest sales tally for a number one album since Lil Wayne’s The Carter III sold 2.87 million copies in 2008.

The second best-selling album of 2013 is Eminem’s The Marshall Mathers LP 2 with 1.73 copies sold. The third spot went to Luke Bryan’s Crash My Party with 1.52 million copies. Image Dragons’ Night Visions came in fourth; Bruno Mars’ Unorthodox Jukebox came in fifth. . . Do you notice a commonality?

All of the top albums come from men. To top that, the highest selling song of the year is Robin Thicke’s “Blurred Lines,” which has been widely criticized for its sexist implications (and demeaning music video).

The first woman to appear on the list is Beyoncé, who nabbed the eighth spot with her self-titled album, which sold 1.3 million copies. What we find commendable about her ranking on the list is that Beyoncé was released on Dec. 13 and SoundScan tracks annual sales up to Dec. 29, which means that the record sold 1.3 million copies in just two weeks. That’s mighty impressive. 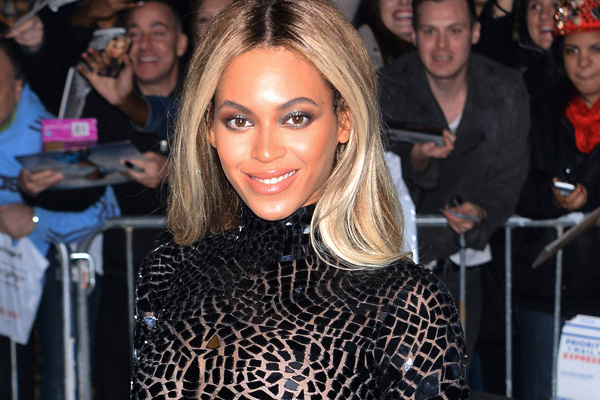 But here’s the rub, no other female musician appears on the list until number 14, which was claimed by Katy Perry’s Roar. Why is that? We don’t believe that women are any worse songwriters than their male counterparts, which is evidenced by Thicke’s single “Blurred Lines” versus the best-selling female artist single Lorde’s “Royals”.

This leads us to question the marketing strategies for female musicians and the acceptance of women in the music industry. For example, it’s rare to find a woman on the Billboard Top 100, who keeps her clothes on. To contrast, it’s rare to find a man on the Top 100, who doesn’t have his clothes on. Why? Of course, Adele remains the most gorgeous defiance of that misogynist formula, having topped every best-selling list in 2012 and kept her dignity completely intact.

Adele on collaborating with Beyonce: “I adore her” >>

Something is amiss. Not only can women still be objectified by male music artists and sell millions of records, female musicians can rarely even compete with their record sales. This needs to change. We need more powerful females in the music industry like Whitney Houston, Barbra Streisand, Celine Dion and Adele.

And as long as we comply with the standards and belittling of fellow women in the industry, nothing will ever change. Half-naked women prancing about on screen in music videos should not be the norm, nor should it reflect the best women have to offer. Hopefully, this year will show at least a shift in that viewpoint. What do you think?