Adding to the rumours about the couple getting back together, Justin Bieber and Selena Gomez were spotted zipping around on Segways in California. 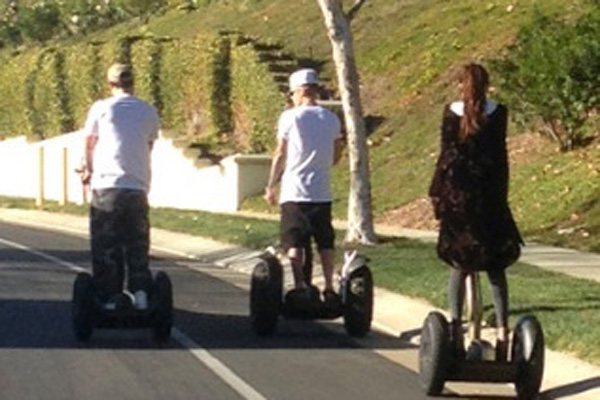 Oh, this is just too good. As rumours of yet another reunion are heating up, Justin Bieber and Selena Gomez were spotted riding around on Segways in the neighbourhood of Calabasas, California.

Because, you know, nothing says “cool” quite like rocking a Segway in the suburbs…

Selena Gomez might have lupus, but she’s not alone! >> 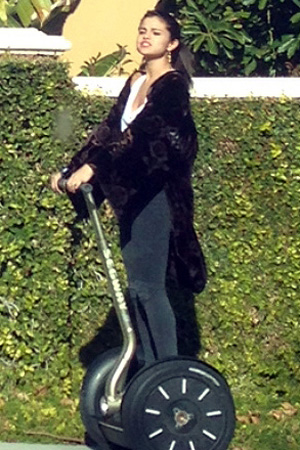 The pair seemed casual and appeared to be having fun, slowly zipping around on their two-wheeled mini-vehicles. The photos were taken by a Twitter user named Nick Sanitsky, who captioned one of the photos with, “Bieber and Selena segwaying in the Oaks. She was so nice, so he yelled at us.”

Sanitsky tweeted another photo with the caption, “Shoutout to @justinbieber for holding up all the traffic in the Oaks. Grow up…Thanks to @justinbieber told us to f*** off, and his bodyguards blocked the road, so hello to my new followers! Gotta admit, I was kinda starstruck by @selenagomez but @justinbieber ruined the moment.”

If Bieber’s behaviour is described accurately, it’d be pretty consistent with other claims of his lack of regard for other people. It’d also probably be more threatening to swear at someone when not riding a Segway… Neither Justin’s nor Selena’s reps have commented on the incident.

There is also no confirmation on whether the two are back together, but they seem to at least be giving their friendship a go. We assume we’ll be seeing a lot more of them now since Gomez has cancelled the rest of her tour.

For now, simply enjoy these amusing photos of them looking super tough on their Segways.

Jessica Simpson and more famous Weight Watchers fans
10 Young celebrities who refuse to use social media
Selena Gomez might have lupus, but she’s not alone!