Music videos come out every year, but it’s getting progressively difficult to come up with new and creative ideas. Some musicians went above and beyond to express themselves through their music videos this year, and we appreciate it! 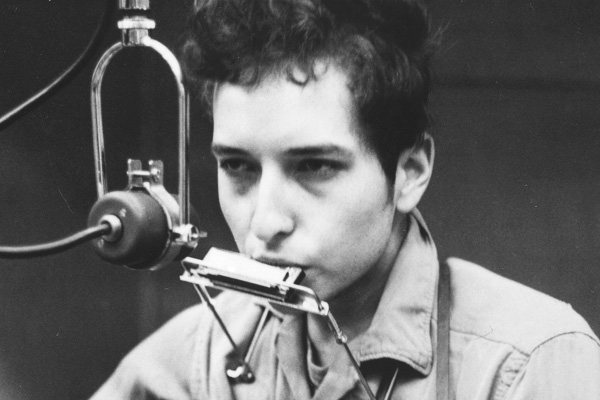 This year was big for the music industry. We saw the release of some amazing pop albums, some endearing comebacks, some brave creative ventures and a couple of flops. Now, it’s time to see what it all amounted to. This is our countdown of the most original music videos of the year (independent of the songs themselves):

Arguably, one of the most popular songs of the year, the music videos suits it perfectly. The track was actually released back 2011 with a completely different music video, but with its rising popularity, the band shot a brand new video in the Los Angeles Theatre. The different dance-offs and overall upbeat mood made this video one of the most memorable this year.

Justin Timberlake was on fire this year and released two albums. Two! That’s insane. This music video for his single, “Mirrors,” of The 20/20 Experience was definitely our favourite. It’s got a story line, an elderly couple, nostalgia, closure and then some J.T. grooving. . . What else does one need? This video made us feel some serious feels, which is why it deserves a spot on this list.

This is probably the most fashionably beautiful music video of the year. Janelle Monáe looks gorgeous wearing black and white, there are some stylish backup dancers, a wicked set and a bouncy tune. It’s different, it’s retro, and we love it to bits.

Why is the “Queenie Eye” music video different? Because it features more celebrities than any other music video ever. We have Kate Moss, Chris Pine, Johnny Depp, Meryl Streep, Tom Ford, Jude Law, Lily Cole and more. Plus, there’s Paul McCartney himself. It’s a feel-good music video and makes us happy every time. Winner, right here.

Whether you hate the song or not, you must admit the video was strange. It had a pretentious filter-like wash over it, dancing teddy bears, a writhing Miley, pool party, Pepto Bismol blood and a skull made of fries. . . It was definitely different. Regardless of how you feel about Miley and her twerking ways, “We Can’t Stop” is one of the most original music videos of the year.

We love this one. Mumford and Sons has become the quintessential folk band, and they decided to poke fun at themselves in their own music video for “Hopeless Wonderer.” Featuring the acting abilities of Jason Bateman, Jason Sudeikis, Will Forte and Ed Helms as the members of the band, the gang re-enacts a myriad of folk video clichés in several hilarious ways. It’s original and funny — double points from us!

There’s a lot of poetry and ambiguity in this Arcade Fire music video: from the visuals, the costumes and even the facial expressions. The video for “Reflektor” is unsettling and hypnotic simultaneously. It just takes you on a creative ride that you don’t want to end. It’s a great one.

The seeming heaviness of the song combined with the comical sternness of the music video creates a surprisingly emotional experience. Without giving away the twist of the video, “You and I” manages to reel you in and make you care for a storyline that borders on absurd. The execution of the idea is also brilliant.

This is probably the quirkiest music video on the list. The visuals for “Riptide” take on a literal take in this video, coming together to create a fun, intriguing and often comical current of imagery. It’s very clever; we actually love this video to bits for being so clever. Not to mention, this track is addicting.

Winner! “Like a Rolling Stone” came out back in 1965, but didn’t have a video until November of this year. The interactive music video allows the viewer to flip through television channels, with every person on every channel mouthing the song. It’s very amusing! We love the fact that Dylan finally made a video for this iconic song and that it was packaged in such an original way. Hands down most original music video of 2013.

Uh-oh! Britney Spears has her worst week yet!
Katy Perry and other famous lip-synchers
Bono’s Christmas busking video will make your day