Gal Gadot is hard at work preparing for her role as Wonder Woman, which involves packing on the muscle. Check out a few other dramatic movie role transformations. 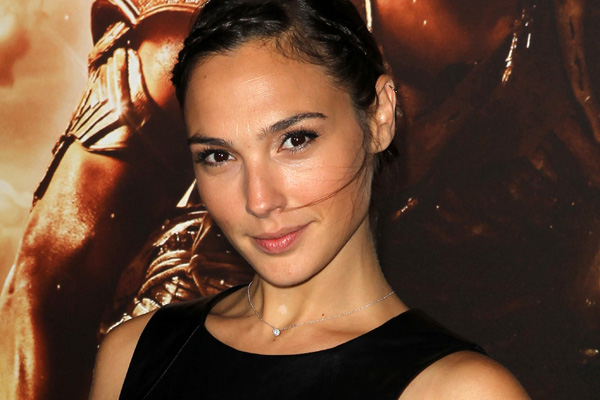 For all those wondering if Gal Gadot can pull off Wonder Woman, fear not! The actress is already immersed in an intense physical routine to build muscle mass for the upcoming, tentatively titled Batman vs. Superman film, starring Ben Affleck as the caped crusader and Henry Cavill as Clark Kent.

5 Reasons we think Gal Gadot is the perfect Wonder Woman >>

That does sound like it will build quite a bit of muscle, which would only be too fitting for the Amazonian warrior princess Diana or Wonder Woman. The casting of the Fast and the Furious actress has raised concerns amongst fans about her rather delicate figure (unsuitable for Wonder Woman), but luckily Gadot is on top of things.

We can’t wait to see Gadot’s transformation; we might not even recognize her! Let’s check out a few other amazing celebrity transformations for movie roles.

John Travolta was barely recognizable as Tracy’s (Nikki Blonsky) mother, Edna Turnblad, an obese woman with a deep fear of social situations. Not only did Travolta play a woman, but he did it splendidly.

Sure, the movie wasn’t fantastic, and Demi Moore could have performed a bit better, but did you see her? Whether or not you liked the film, Moore went above and beyond to be physically believable as Navy Lieutenant Jordan O’Neil, which, by the way, included shaving off her beautiful dark locks and bulking up. Well done!

Not only was Charlize Theron‘s transformation unbelievable, but the actress’s performance as serial killer Aileen Wuornos in Monster won her an Academy Award and a Golden Globe. Theron had to gain a hefty amount of weight, wear makeup to make her look shabby and even sport prosthetic teeth. No wonder it’s considered to be one of the best performances in the history of cinema.

To re-create the lovable character of Bridget Jones, Renée Zellweger had to gain quite a bit of weight and pick up an English accent, but the result was incredible. Zellweger managed to create a character that women still adore and can relate to. Plus, she looks so different and almost healthier in the role than she usually does!

Which actor movie role transformation shocked you the most?

Our favourite celebrity Christmas Instagrams
Steve Martin’s quip and other racist celebrity tweets
Justin Bieber retiring? Other celebrities who threw in the towel