This is better than all the presents in the world! BBC has released a short episode that serves as a prequel to Sherlock season three, which will air in January. 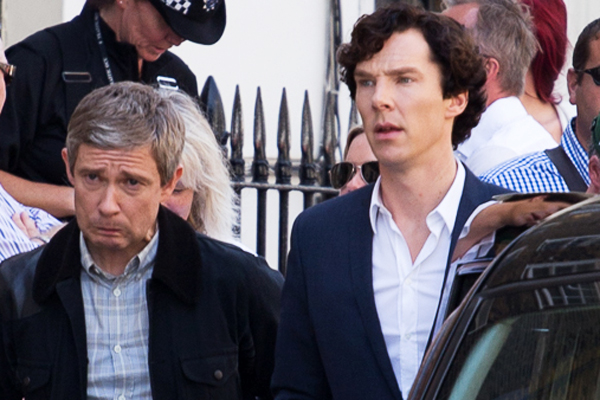 Oh-em-gee! What is better on Christmas morning than a Sherlock mini-episode waiting for you on the great internet? Nothing.

BBC released the seven-minute prequel to season three on Tuesday, titled “Many Happy Returns.” The short episode gives us a glimpse at what Sherlock (Benedict Cumberbatch) has been doing in the meantime and how Watson (Martin Freeman) is handling his presumed death. Eeek!

The mini-episode was written by Steven Moffat and Mark Gatiss. Sherlock returns to BBC One on Jan. 1 and to PBS on Jan. 19.

We’re incredibly excited for the return of this critically acclaimed series, and we’ve enjoyed the numerous teasers BBC has released so far. This mini-episode answers most of our questions concerning Sherlock’s whereabouts and activities during his hideout, plus it sets us up for his imminent return in season three. We can’t wait to find out how he faked his death and whether Moriarty has done the same.

Without further ado, watch the mini-episode below, and let us know what you think!