Since Miley Cyrus recently revealed that she sticks her tongue out because she’s uncomfortable in front of photographers, we figured we’d support the singer. 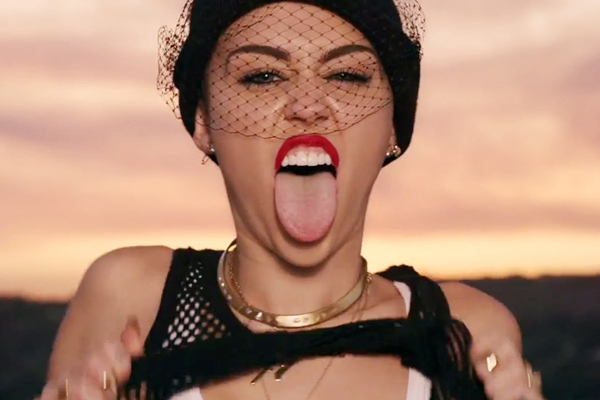 Hey, we all have our insecurities and ways of dealing with them, right? Miley Cyrus simply chooses to unroll that boisterous tongue of hers unto the red carpet. What’s the big deal?

The 21-year-old “We Can’t Stop” singer revealed, in her 10 Most Fascinating People interview with Barbara Walters, that she doesn’t stick her tongue out to show off her papillae or seduce your eyeballs; she does it because she’s embarrassed.

We know people like to rip on Miley for being scandalous and running around like an excited puppy with her tongue flapping in the wind, but at the end of the day she’s just a kid! She’s still trying to cope with the enormous amount of attention thrown at her and figure out who she is. That’s no easy task with millions of eyes fixated upon you.

So, we say. . . work it, Miley, work it! If you need to twerk them worries away, do it. If you need to stick that tongue out, go for it. As long as it’s what you want to actually do. To prove our earnestness, here are our favourite Miley Cyrus tongue-sticking moments: 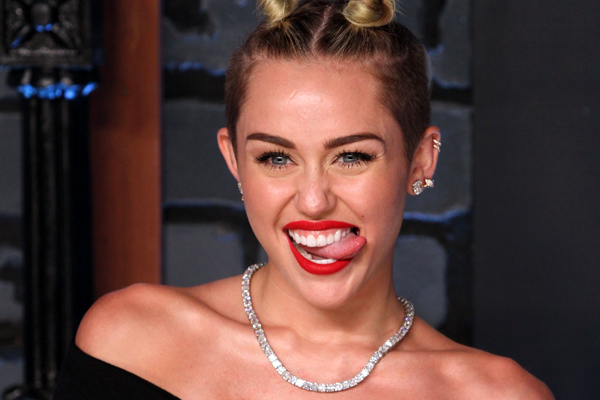 This takes the cake for several reasons. One, it’s when everybody realised that the “new” Miley was here to stay. And, two, her red carpet appearance was followed by the now-famous raunchy performance with Robin Thicke, making it more memorable. 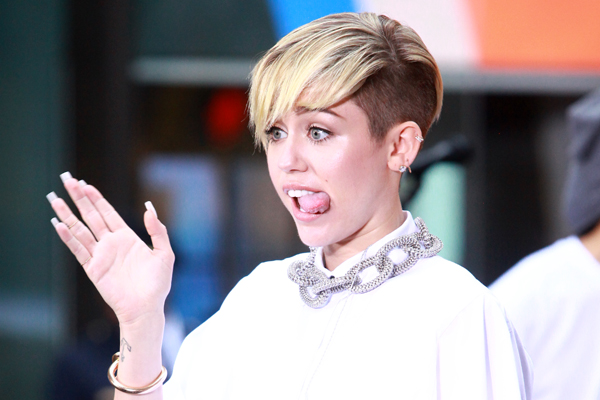 This tongue moment is a little strange to us, which is why it’s a runner up. Cyrus’ mum, Tish, was sitting in the audience, while Miley was performing in a pair of shorts that were practically redundant and smacking people’s behinds. Oh, and her tongue was everywhere. Thumbs up for energy, but with mum watching? 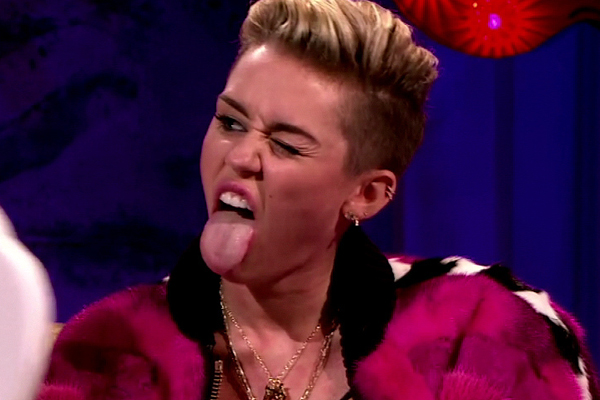 This makes it on our list, because it proves that Miley doesn’t just stick her tongue out for photographers. As shown above, television shows are not exempt. She’s really perfected her technique though, eh? 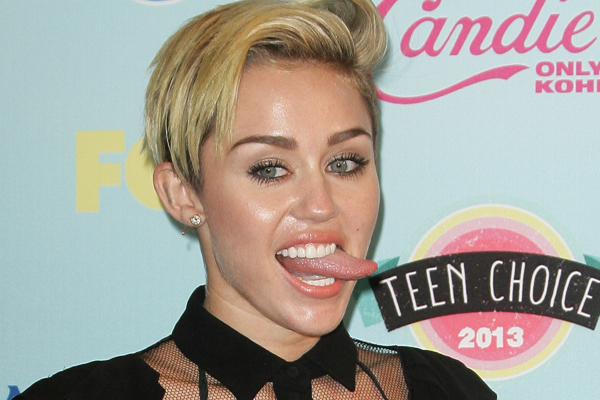 This makes it on our list because of its historical significance. The Teen Choice Awards took place before the MTV performance and before Miley’s tongue became a regular red carpet attendee. It’s the original tongue moment (minus the “We Can’t Stop” music video).

Well, these are our favourite moments. Which ones are yours?