With the release of the Golden Globe nominations, we can’t hide our dismay at the blatant Oprah Winfrey snub. With the show’s track record, it’s hard to believe she did not get a nomination. 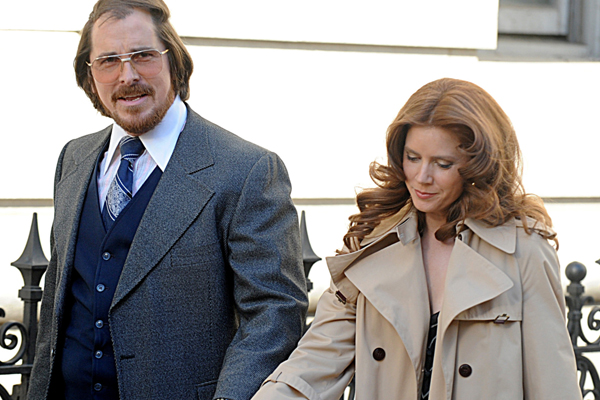 Well, the nominees for the 2014 Golden Globes have been announced, and we’re feeling simultaneously happy and livid. We’ll explain.

The nominations are led by 12 Years a Slave and American Hustle, with seven nods each, which is fantastic. Breaking Bad is nominated for Best Drama Series, which is also spectacular. But here’s the rub: Where is Oprah Winfrey‘s nomination? Her amazing performance in The Butler deserves one. Alas, it was completely overlooked.

With the Golden Globes’ often erratic selection of nominees, you’d think Oprah could wedge herself in there somehow… This just makes no sense! To prove our point, here are some of the more unusual actors and films that did receive a Golden Globe nomination.

Jim Carrey for Best Actor in The Mask and Liar Liar

It’s often disputed whether Jim Carrey deserved a Golden Globe and an Oscar for his role in the Eternal Sunshine of the Spotless Mind, but you know what is not disputed? Whether he should have received a Golden Globe for his roles in The Mask and Liar Liar, although he was nominated for Best Actor for both films. Don’t get us wrong — he was funny but just not award worthy. Carrey obviously did not win in either instance.

The Tourist for any award

The Tourist currently holds a rating of 20 per cent on Rotten Tomatoes, yet it somehow managed to grab a nomination for Best Picture, Best Actor (Johnny Depp) and Best Actress (Angelina Jolie) at the Golden Globes. Now, it did not win any of those awards, but why was it nominated in the first place?

Why is Johnny Depp blond? >>

Glenn Close is an incredibly talented actress; her performance in Fatal Attraction was nothing less than perfect. But the actress’ performance as Cruella de Vil in the 1996 film 101 Dalmatians was a little too theatrical to be taken seriously, let alone merit a Golden Globe. Close was nominated but didn’t win.

Burlesque proved that too much of a good thing can actually be bad. While the movie starred Cher and Christina Aguilera, it was flat and boring (the songs were great, though!). The movie currently holds a rating of 37 per cent on Rotten Tomatoes, which is rather fitting. It was nominated for Best Picture but did not win.

The Golden Globes can sometimes predict the outcome of the Academy Awards, but in some instances, the Globes’ selections can be completely off base. We hope Oprah will at least get an Oscar nomination. What do you think?

Equality at last! Guess who is the highest-paid actor on TV?
5 Best Adam Sandler films
5 Reasons we think Gal Gadot is the perfect Wonder Woman