Since Prince is going to appear on New Girl — and that is the greatest news of all time — we would like to applaud several other amazing guest star appearances on TV. 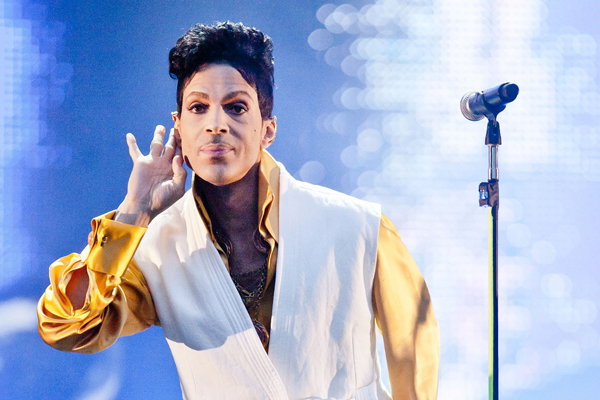 We hope you’re ready for this, because… Prince is coming to New Girl!

That’s right! The singer will be appearing as himself in the Fox comedy’s Super Bowl episode, reportedly wedging himself between Nick (played by Jake Johnson) and Jess’ (Zooey Deschanel) blossoming romance.

This is Prince’s first appearance in a TV comedy show, and he is allegedly quite a fan of New Girl. Wow! Can he be more perfect?

If this appearance goes well, it might just become our favourite guest spot on a TV show ever… Which is quite a prestigious honour, if we do say so ourselves. Here are our current favourite guest appearances that Prince has to surpass (best of luck!).

Gwyneth Paltrow is practically perfect in every single way, which was why her guest appearance as Holly Holliday on Glee was also very much flawless. The woman can sing, and her voice is like chocolate for the ears. But judge for yourself:

It’s Brad Pitt! Come on! The actor played Will, a former “fat” acquaintance of Monica and Ross in high school who’d lost all the weight but still devotedly hated Rachel. Pitt was hilarious, and we wish he’d stuck around for more than one episode.

Salma Hayek was hilarious on 30 Rock; she was just a riot! She appeared in a handful of episodes as Jack’s (Alec Baldwin) girlfriend, Elisa. What surprised us the most was how natural the role was for the actress — it didn’t seem forced at all. We absolutely loved her.

Cher on Will & Grace

Not many television shows can brag about bagging Cher as a guest star, but Will & Grace sure can. The music icon appeared on the show as herself in a hilarious scene with Jack (Sean Hayes), who mistook her for a Cher drag queen. We’re glad to know she’s able to poke fun at herself!

This is for all the younger ladies out there! The universe almost exploded when Malcolm in the Middle collided with Lizzie McGuire to create an ultimate guest spot, where Frankie Muniz played himself as well as Lizzie’s (Hilary Duff) love interest. Best guest appearance of the early 2000s, hands down!

Katy Perry on How I Met Your Mother

Oh, honey! Katy Perry appeared on How I Met Your Mother as Honey, the super-hot — albeit gullible — cousin of Ted’s (Josh Radnor) love interest. Perry’s performance was spot on, and we can’t think of anyone who could have suited the role better (and we mean that in a good way)!

What is your favourite guest appearance on a TV show?