Ben Affleck is no stranger to speaking out against the shameless nature of the paparazzi. The actor has yet again voiced his opinion in the new issue of Playboy. 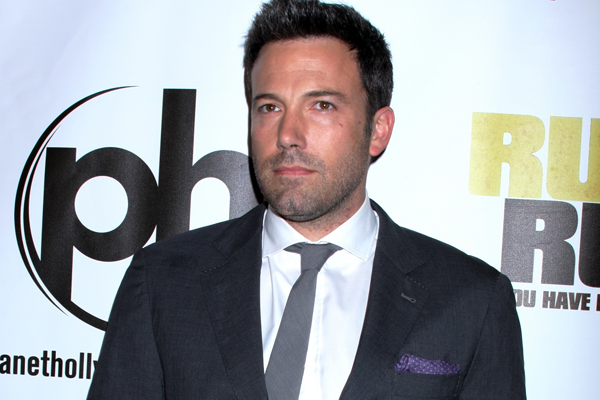 You have to admit, the man has a point!

In a recent interview with Playboy magazine, Ben Affleck yet again voiced his dislike of paparazzi and their insistent pursuit of his three children. We’re not sure if a magazine featuring naked women is the best platform for discussing your children, but whatever works!

“You can say what you want about me. You can yell at me with a video camera and be TMZ. You can follow me around and take pictures all you want. I don’t care. There are a couple of guys outside right now. Terrific. That’s part of the deal. But it’s wrong and disgusting to follow children around and take their picture and sell it for money,” he told the publication. “It makes the kids less safe. They used to take pictures of our children coming out of preschool, and so this stalker who had threatened to kill me, my wife and our kids showed up at the school and got arrested. I mean, there are real practical dangers to this.”

The 41-year-old actor and wife, Jennifer Garner, have three children together: eight-year-old Violet, four-year-old Seraphina and one-year-old Samuel. The couple’s children are a constant target to the paparazzi, who stalk the family’s outings daily. The incident Affleck is referring to happened during Garner’s third pregnancy; a man threatened to murder the actor’s entire family and was caught hiding amongst a throng of paparazzi behind Seraphina’s preschool. The danger is indeed very real.

“My kids aren’t celebrities. They never made that bargain. . . As their father it’s my job to protect them from that stuff,” Affleck stated in Playboy. “I try my very best, and sometimes I’m successful. The tragic thing is, people who see those pictures naturally think it’s sweet. They don’t see the gigantic former gang member with a huge lens standing over a four-year-old and screaming to get the kid’s attention.”

This issue is even more personal for the actor because Garner helped Halle Berry champion a bill in California protecting the privacy of children of public figures. Coming into effect on Jan. 1, 2014, any paparazzo caught harassing a child of a celebrity or politician can be jailed for up to a year. The offender can also be fined $10,000 for the first violation, $20,000 for the second and a whopping $30,000 for the third.

You may not respect celebrities who complain about being harassed by photographers, but we think their children should never be involved. They are minors whose privacy should be respected. Hopefully, the new bill will shield the little ones from this unsolicited attention, but you know what else can help? Lack of interest. For some strange reason we’ve grown accustomed to ogling celebrities’ children, and it’s becoming almost conventional. That needs to stop.

What do you think? Should stricter laws be applied to protect the privacy of celebrity children?