The great South African anti-apartheid revolutionary and human rights campaigner, Nelson Mandela, passed away on Thursday at the age of 95. Celebrities took to Twitter to honour the South African leader. 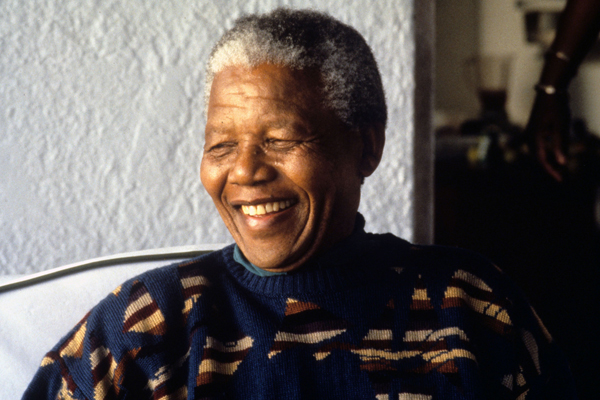 The incredible anti-apartheid icon and the first president of a democratic South Africa, Nelson Mandela, passed away in his home in Johannesburg on Thursday after a prolonged lung infection. He was 95 years old.

“Our nation has lost its greatest son. Our people have lost a father,” South African President Jacob Zuma stated during the announcement.

Mandela was a vigorous human rights activist in South Africa, and, following his 27-year imprisonment for conspiring to overthrow the apartheid government, he became an anti-apartheid revolutionary. In 1994, Mandela became the first president of the democratic South Africa.

A truly inspirational human being! Mandela has touched so many lives that Twitter is brimming with messages honouring the former South African leader. Celebrities, many of whom even had the opportunity to meet the activist, have flocked to the social media outlet to voice their love for Mandela.

Honored that I had a chance to meet this amazing influential being & to participate in his 46664 Aids… http://t.co/Uz2afj0C6O

God Bless You Mr. Nelson Mandela! Your Strength, Humanity, Intelligence, Honesty and #TrueGrit are unmatched in my lifetime! RIP&Love

Mandela is gone. There is no one else like him.

Advising all my young ones that follow me to research a small piece of Nelson Mandela Life. That’s how you pay your respect…… GO!

One of our GREATEST leaders… Thank you for BEING the true meaning of compassion. May you be at peace now. #RIPNelsonMandela

#NelsonMandela you made your people proud!! We’ll always love you for it!

How has Nelson Mandela’s life affected or inspired you?