After decades upon decades of male domination, the highest-paid actor title has been given to Sofia Vergara. The actress earned more than any male on television right now. 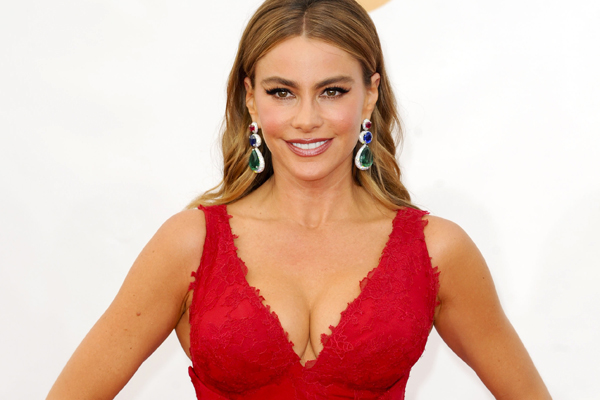 This just in: Gender equality may finally be upon us.

Sofia Vergara has made a giant leap in an industry still muddled with gender discrimination; she has become the highest paid television actor of the year. Note that she is not the highest paid actress, but actor — inclusive of both sexes.

The inhumanly stunning 41-year-old actress earned a whopping $30 million between June 2012 and June 2013, putting her an impressive $6 million ahead of the next entrant on the list: Two and a Half Men’s Ashton Kutcher, who earned $24 million. The list is still predominantly male, with the next woman on the list being the Big Bang Theory actress, Kaley Cuoco, coming in ninth with $11 million.

3 Things Sofia Vergara should be a spokesperson for >>

Just to take a quick break and let out some of our frustration regarding the prejudice women face in the Hollywood industry, let’s watch Sofia do a bit of shouting on Modern Family:

We feel much better, now back to the issue at hand! Despite lingering salary disproportion, Vergara is bringing a welcome change to the largely misogynist industry. Especially since this year’s highest-paid movie actress, Angelina Jolie, was nearly $40 million behind the highest-paid actor, Robert Downey Jr. It’s quite refreshing to see the tables turned.

Surprisingly, it is not her role as Gloria on Modern Family that is bringing in the dough. Granted, her $175,000 per episode salary handsomely contributed to her enormous fortune, but it’s the actress’ numerous endorsement deals that really tipped the scales in her favour. Vergara is a spokesperson for Diet Pepsi, CoverGirl and State Farm Insurance; she also has a clothing line at Kmart and is an executive produce on Killer Women.

To contrast, Ashton Kutcher (the highest-paid male TV actor) gets the biggest pay cheque per episode in the industry right now, had a movie role as Steve Jobs and is still collecting residuals from That 70s Show. Not a single endorsement in sight, yet he easily placed second on the list. It seems a little out of balance to us.

We’re hoping this is only the beginning and that one day women can actually earn as much as men for the same amount of work. We applaud Sofia Vergara for being a powerful and strong role model for fellow women in and outside of Hollywood. Now, let’s watch more funny Gloria moments from Modern Family.