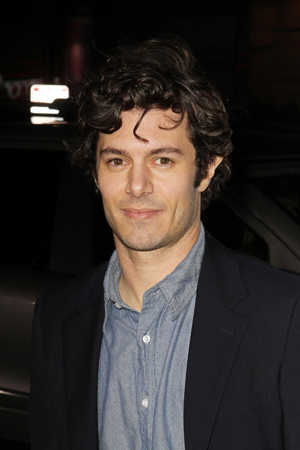 Ladies, hold on to your belts and buckles, because an immeasurable wave of excitement is heading your way!

Are you ready? OK. Per E! News, Adam Brody is going to guest star on Fox’s comedy New Girl!

The regular cast of the show — Zooey Deschanel, Jake Johnson, Max Greenfield and Lamorne Morris — are already almost too adorable for our little brains to handle; now Brody is in the mix too? If you listen closely, you can actually hear our brains explode.

Brody is set to play one of Jess’ (Deschanel) ex-boyfriends, named Berkeley, who is sensitive and — this might overheat your adorability gland — is a stay-at-home dad. Boom! This is happening.

The former O.C. actor, who’s also newly engaged to Gossip Girl‘s Leighton Meester, is going to appear in the 14th episode of the season. Filming is scheduled to begin on Dec. 2, but no air date has been announced.

New Girl is just getting better and better. We already almost fainted when Damon Wayans, Jr. reprised his role as Coach on the show; now Brody is bringing his big Fudgsicle eyes and Tom Selleck curls too? Must… breathe…

Are you excited to see Brody guest star on the show?

16 seconds ago
by Kristyn Burtt