Victoria Beckham is kicking into high gear to help those affected by Typhoon Haiyan and donating hundreds of her shoes to raise funds. Several other celebrities are also rallying support for the cause. 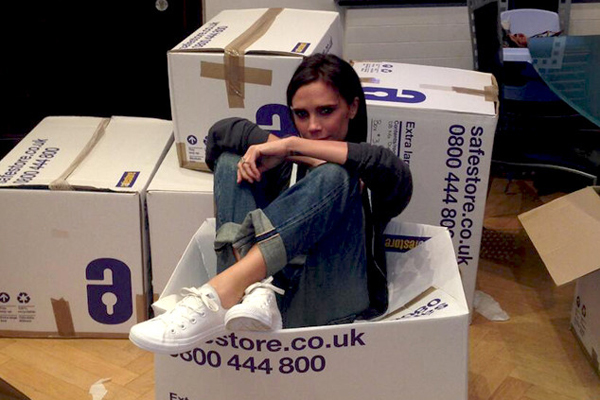 This might be one of the most incredible things about celebrities — when disaster strikes, they rally together to raise as much money as possible to aid the victims. And this time is no different. Many celebrities are urging for donations to help those affected by Typhoon Haiyan, which ravaged the Philippines earlier this month, leaving at least 4,000 dead and thousands more missing.

Being an inventive couple, Victoria and David Beckham have decided to rummage through their palace-sized closets to donate thousands of shoes and articles of clothing to the British Red Cross. The charity will put all the items up for sale on Nov. 22 at its Chelsea location, and the proceeds will go to the victims of the Philippines typhoon.

Of course, the Beckhams are not the only ones helping out with Typhoon Haiyan relief. Celebrities have come together on various social networks to urge their fans to donate to aid the victims of the disaster.

The devastation from Typhoon Haiyan is heartbreaking. You can help the Red Cross relief efforts here. http://t.co/EFa7x9qxH2

My heart goes out to those effected by Typhoon Haiyan in the Philippines. Let’s do something: http://t.co/DEzulpkj0r

Let’s help families hit by typhoon #haiyan. My friends @WFP are on the ground. Help here http://t.co/ozsD1Qetvu. Thank you! XoXtina

We’re glad to see celebrities putting an effort into making a difference, especially since the people of the Philippines desperately need help. If you’d also like to help, please donate to the Canadian Red Cross.

Daniel Radcliffe should teach other celebrities about privacy
Kelly Clarkson and other pregnant celebrities due in 2014
Adam Levine is the Sexiest Man Alive; who else held this title?