Daniel Radcliffe is not big on attention, and he works hard to keep his private life out of the headlines. The actor says it’s not even vey hard, that it just takes a bit of self-adjustment. 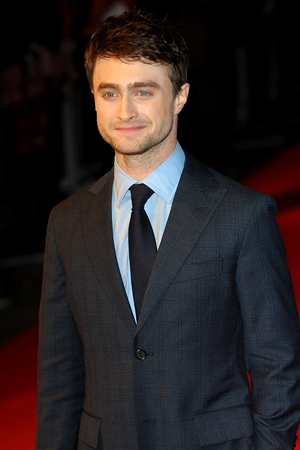 Well, finally! We have discovered a young celebrity, who has a level head on his shoulders.

During an interview with Sky News, Daniel Radcliffe declared that every celebrity could enjoy their privacy if they just exercised a measure of self-control, the way he has during his already lengthy career. See that’s the problem: most stars don’t understand the term “self-control.”

“If you don’t, for instance, go to premieres that aren’t for a film you’re in, or don’t just turn up at other events and stuff like that, then that’s going to help to not fuel the interest,” the 24-year-old actor stated.

What did Daniel Radcliffe lose to One Direction? >>

“Also, I don’t have Twitter and I don’t have Facebook and I think that makes things a lot easier,” Radcliffe continued. “Because if you go on Twitter and tell everybody what you’re doing moment to moment and then claim you want a private life, then no one is going to take that request seriously.”

Preach! There is wisdom in this man. Come to think of it, have you noticed that the celebrities who shout the loudest about breach of privacy are usually Twitter users? How have we never noticed it before? George Clooney doesn’t complain. Neither does Jennifer Lawrence or Brad Pitt. And none of them use either Facebook or Twitter. But Miley Cyrus and Justin Bieber on the other hand. . .

Daniel Radcliffe wants to have children before 30 >>

We think it’s spectacular for an actor in the industry, who has practically been raised in it, to have no interest in exploiting his fame. Radcliffe has one of the most recognizable faces in the world thanks to the Harry Potter franchise, yet he’s been able to reverse the effects of his fame and now leads a relatively low-key life. Celebrities usually reach this level of enlightenment in their later careers, after they’ve usurped the essence of the Hollywood machine, but not this guy!

We suppose there’s more to Radcliffe than those two gorgeous baby blues. If only he could mentor other young celebrities to follow in his footsteps the world would be a much better place. What do you think?

Adam Levine is the Sexiest Man Alive; who else held this title?
Kelly Clarkson and other pregnant celebrities due in 2014
Angelina Jolie and Brad Pitt’s wine is the best in the world!