Nobody is immune to public criticism, and Justin Bieber is no different. The pop star’s tour ticket sales are not doing so hot in Australia, after a string of controversial incidents. 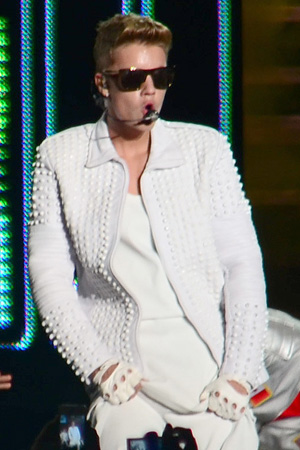 As they say, every action has a reaction.

Justin Bieber has been playing fast and loose with his image lately, with brothel visitation rumours, being kicked out of hotels, unsolicited YouTube videos by strange women. . . And if he thinks these shenanigans will not affect his career, well, he’s in for a surprise!

Bieber is kicking off his Australian tour next week, and his tickets aren’t faring so well. The largest ticket reselling website in the world, Viagogo, has reported there are 187 per cent more Bieber tickets up for resale in Australia than for his rival One Direction.

“With their squeaky clean image, One Direction is popular with fans and their parents alike,” the head of the Asia Pacific division of the website, Alex Levenson, told news.com.au. “Bieber on the other hand is doing a very good impression of an enfant terrible, which seems to be putting off his fans and driving their parents to resell tickets.”

On average, Justin’s tickets are selling for 41 per cent less than his My World tour, with very few bidders even at the discounted rate. Last time Bieber toured Australia his concerts were sold out within seconds, but this time around there are seats available in every section a week before the tour kicks off.

We’re figuring this trend will be consistent in other parts of the world. The majority of Bieber’s fan base is pre-teen and teenage girls, who often need a chaperone to attend the concert. Since the star has been camping out in the tabloid headlines of late, parents obviously don’t want their kids to see the show. Especially if there is a beautiful alternative in the shape and form of One Direction.

With his partying ways and seeming carelessness, Bieber has pretty much given up his spot as the teen heartthrob to One Direction. We wonder if he will ever recover. What do you think? Is the end of Justin Bieber nearing?