After viewing the new Jean-Claude Van Damme Volvo commercial, we were reminded of an era of celebrity ads, before they were even famous! Reminisce with us, will you? 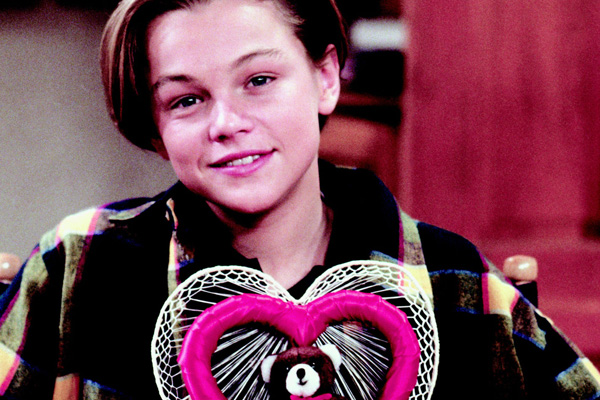 The commercial is set to Enya’s “Only Time” and kicks off with a shot of Van Damme’s face as he outlines the hardships of his life. As the camera pans out, the viewer realizes that he’s actually standing on two moving Volvo trucks, which then move apart and force the actor into an “epic” split. Of course, Van Damme remains completely unfazed throughout the ordeal.

It’s been a while since we’ve seen a celebrity commercial for a product that is not superficial or aesthetically-driven, like George Clooney’s Nespresso ads or Sofia Vergara’s CoverGirl campaigns, so we’ve thoroughly enjoyed it.

But you know, all the big name celebrities started out in commercials, and while they may prefer starring in blockbusters now, we still remember their roots! So without further ado, let us walk down memory lane and reminisce about the times when Brad Pitt just wanted to sell us Pringles

He may be 32-years-old now, but, when he was just a kid, Elijah Wood used to inspire us to eat that nasty broccoli with a dash of magical cheese. Complete with his doe eyes and dramatically exaggerated surprised facial expressions, Wood was a gift to all parents whose kids suddenly started eating their veggies (with the help of Mr. Cheddar). Of course, now everybody knows the actor as Frodo from Lord of the Rings or Ryan from Wilfrid, but back then he was just a cheese boy.

Of course, Ben Affleck was never a pudgy, pimple-faced teenager. . . because life isn’t fair! But there was a time when the now 41-year-old actor was cast as a stud in a Burger King commercial, driving around in a super cool car that even had a phone in it (which was wildly luxurious at the time)! His attempts to woo an unsuspecting young lady by delivering a Burger King salad to her house are sadly thwarted by an untimely phone call from his father. It’s OK though; everything turned out well for him in the end.

Before Brad Pitt became a household name and one of the most-attractive people in the world, he was just a surfer dude, cruising for chicks with a can of Pringles in his hand. It also turns out that Pitt was always gorgeous. . . Surprise! The commercial is fun and reminds us to never allow our daughters to drive around in bathing suits in a convertible, lest they be hit on by a carload of beach bums. Brad Pitt has sure come a long way since then!

You may not even remember this ad, but it’s true! Leonardo DiCaprio used to be in a Bubble Yum commercial. With his swoopy hair, he inspired us to just sit around with our boom box and blow bubbles all day. Shockingly enough, DiCaprio was somewhat late on the whole puberty game and was actually about 14-years-old in the commercial (despite looking like a 10-year-old). He’s definitely too successful to be in commercials now and is looking mighty manly.

While Aaron Paul is now famous for his role as Jesse Pinkman in Breaking Bad, even he started out as a poster boy. . . In this case for Corn Pops. Paul was gifted with a face that can easily pull of teenage attitude, so he was perfect for the role of a boy who just wants his parents to shut it and let him eat his bowl of Corn Pops. Parents. . . they just don’t understand! We’d love to see Jesse Pinkman in a cereal commercial, although it would probably be too profane to air on TV.

And a special bonus: Bruce Willis for Levi’s!

Way before the Die Hard movies or his role as David Addison on Moonlighting, Bruce Willis appeared in a Levi’s commercial in 1984. He can be seen as the guy enthusiastically giving a sponge bath to his car and showing off his groovy dance moves at the end of the commercial. Can you believe it? Willis wasn’t even 30-years-old yet! Oh, humble beginnings.

Which commercial was your favourite?

Miley Cyrus proclaims herself a feminist!
3 Reasons you should be excited for the Ghost TV show
Kendrick Lamar is the king of hip hop: See our runners-up