During an interview with BBC, Miley Cyrus made it known that she considers herself quite the feminist and aims to empower women everywhere. 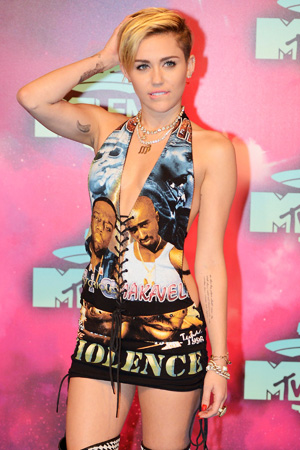 During an interview with BBC’s Newsbeat on Wednesday, Miley Cyrus revealed that she considers herself a fervent feminist, empowering women the world over. What are your initial reactions?

“I feel like I’m one of the biggest feminists in the world, because I tell women to not be scared of anything,” the 20-year-old singer stated. “Girls are all beautiful.”

Cyrus stated that there’s a “double standard” for women, and she just tries to stay open-minded about life.

Now, we’ve never gotten a whiff of any misogynist tendencies on Miley’s part, and her words do aim to empower fellow women, but it’s difficult to label her as a feminist.

Feminism was born to raise women out of the kitchens and sexual objectification; it emerged as a movement to bring equality. Cyrus’ behaviour and attire would hardly qualify her for a suffragette parade.

Dressing in a provocative manner or miming sexual poses is, at the root, a degrading activity aimed largely at a male audience. It’s not meant to portray the performer as a powerful woman but rather as a submissive one. While Miley has voiced an appreciation for being nude, there is a very fine line between simply being in the nude (which is rather neutral) and being half naked in latex while slapping other women’s behinds.

We’re not claiming that Miley is not a feminist, but there is a detachment between her image and her philosophy. If the singer could figure out a way to sell her records and show off her personality without turning into a male fantasy, we women really would appreciate it!

What do Zac Efron and Kanye West have in common?
Jennifer Lawrence caught being the sweetest person ever
What’s going on with Justin Bieber lately?