We suppose the days when Justin Bieber was a good role model are gone. The singer is having a wild time in South America and dominating almost every headline. 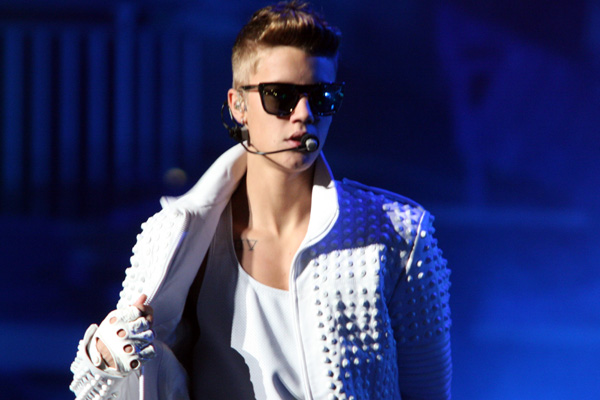 Yikes! What’s going on over there? Every day some new trouble is following Monsieur Justin Bieber while on his Believe tour in South America.

The Canadian-born pop star had to be treated for food poisoning on Sunday but chose to perform his concert in Buenos Aires, Argentina, that evening anyway. Of course, being human and all, Bieber felt sick and quit the stage an hour into the concert, to the fervent booing of disappointed fans. No word yet if the concertgoers will be refunded.

This is not the first notable incident involving Bieber in South America; the singer was also reportedly kicked out of his hotel in Argentina on Saturday because of the multitude of disorderly fans camping outside.

The 19-year-old was also charged with vandalism in Rio de Janeiro, Brazil, on Friday for spray-painting a wall without permission. Bieber will have to pay an undetermined fine for the deed.

If that’s not enough, the singer was also spotted leaving a “gentleman’s club” a week ago in Rio, accompanied by two unidentified women. Soon after, a short video of a sleeping Bieber was released by a Brazilian woman who allegedly shared the hotel room with him.

As you can tell, Justin is keeping busy! What’s going on there, Bieber? Is the singer just trying to shed his “Baby” image and reinvent himself as a manly bad boy? Or is he going through that “wild party” stage kids usually go through in college or university?

Whatever it is, we don’t like it! We still think of Bieber as the adorable, swoopy-haired kid singing on the steps of a Tim Hortons in Stratford, playing a guitar that was almost double his size. He made being a good boy cool, and we miss that. We know he’s not a child anymore, but that doesn’t mean he should be getting charged for vandalism, right?

What do you think? Can we launch a petition to get the old Justin back?

Hold up! Matt Damon paid how much for Nespresso ad?
4 Controversial celebrity endorsements
Why do we love to hate on Jessica Simpson