That’s quite a pay rate! Matt Damon has reportedly earned a whopping $3 million for a 20-second Nespresso ad, appearing alongside George Clooney. 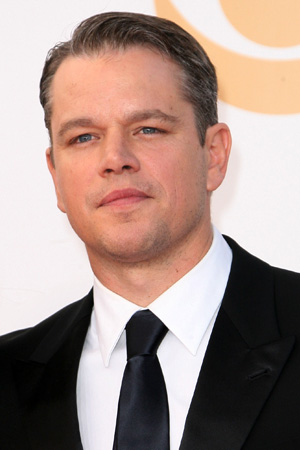 It’s not that we want to demean or belittle the hard work Hollywood actors invest in their craft. . . but come on!

Per Page Six, the Good Will Hunting actor, Matt Damon, was paid a hearty $3 million for making an appearance in a Nespresso ad with George Clooney for a mere 20 seconds!

If you do the math, the 43-year-old actor earned $150,000 for every second he spent on screen. If that’s not depressing, we don’t know what is. Just to put things in perspective, one moment of Damon’s time earns him more than double the money of the average annual Canadian salary. Three seconds of onscreen time reel is significantly more than the average cost of a house in Canada. We wouldn’t mind making a cameo for a few seconds!

“Matt is one of the few Hollywood stars to have turned down most ad and product-endorsement deals. But this one came with a huge fee and the fact that he’d be working with people he trusts, his ‘Monuments Men’ producer Grant Heslov and co-star George Clooney,” a source told Page Six.

Clooney has been the handsome face of Nespresso since 2006; sadly, his ads only air outside of North America. (Luckily, we have YouTube!)

So, the premise of these mighty expensive ads is rather simple. In the first one, Clooney grabs himself a cup of tasty Nespresso in some kind of ultra-private, homebrew party on the roof of high-rise and attempts to charm his way with a gorgeous brunette. She, instead, stabs him in the back by shouting his name to a crowd of eager, beautiful women, who mob him, and then sips her coffee alone.

In the second ad, George grabs another cup of joe with his buddy, Matt Damon, and this time shouts the latter’s name to a crowd of eager, beautiful women, who attempt to mob the actor. Dun, dun, dun!

They’re fun, but we can’t say those 20 seconds of Matt Damon were worth $3 million! We can definitely understand why he looks so happy during that handful of seconds though. Watch the ads below and let us know what you think!

4 Controversial celebrity endorsements
Why do we love to hate on Jessica Simpson
Stylish men of 2013: From David Beckham to Ryan Gosling