It happens to the best of us! In light of Kat Von D’s Sephora lipstick controversy, we decided to mention several other unfortunate celebrity product endorsements. 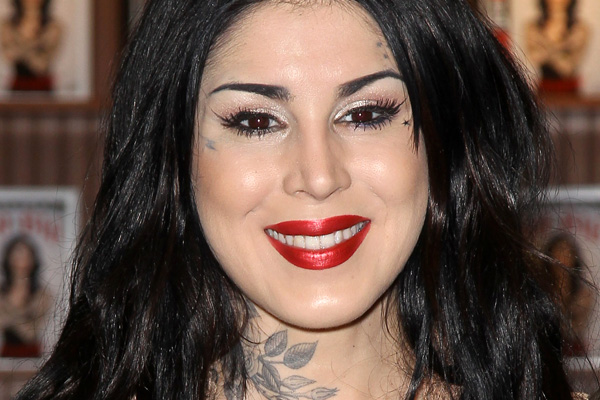 Big companies often seek the help of celebrities to pump up a particular brand, and it usually works, but sometimes it goes terribly, terribly wrong.

We’ve rounded up just a handful (there are so many more) of the more controversial celebrity endorsements from the past several decades.

Last week, Kat Von D‘s lipstick from her Sephora makeup line was recalled because of the offensive nature of the item’s name. What was so offensive? Well, this particular shade was named “Celebutard.” It turns out that an ad for the lipstick appeared on a blog aimed at parents of kids with disabilities, which prompted quite an outrage. Sephora promptly removed the lipstick from its shelves and apologized.

Back in 2003, Nelly famously launched his very own non-carbonated energy drink called Pimp Juice (inspired by one of his songs of the same name). The drink promised to deliver the daily recommended intake of several vitamins, whilst tasting like apples and berries. Upon its release, several groups immediately called for Pimp Juice’s boycott, stating that it degraded women and promoted a negative stereotype of African-Americans. The beverage is no longer available.

Pepsi is no stranger to controversy, but this is one of the most memorable cases. Back in 1989, Pepsi paid Madonna over $5 million to use her song “Like a Prayer” in one of its commercials (the singer was on a one-year contract at the time), which aired during iconic family sitcom The Cosby Show. Pepsi never bothered to view the song’s original music video — which was filled with controversial religious imagery — before airing the commercial, which prompted several Catholic organizations to call for a boycott of the carbonated drink. This is why it’s so important to do your research! As a side note, we still love the commercial — Madonna’s hair was perfect.

Due to his natural charisma and football glory, O.J. Simpson was hired as the spokesperson for Hertz car rental company, appearing in several TV spots. Of course, in light of domestic abuse allegations in 1992, the company terminated his contract, which was probably a good decision, since Simpson was arrested for the murder of his ex-wife, Nicole Brown, and Ronald Goldman only two years later.

Do you think companies need to use better screening processes? Is there a controversial celebrity endorsement that you’d like to mention?

Why do we love to hate on Jessica Simpson
Stylish men of 2013: From David Beckham to Ryan Gosling
Winona, you’re not alone! Other celebrities who were bullied