We all know David Beckham has received an award from GQ as the most stylish man of the year, but we think a few more gentlemen deserve recognition. 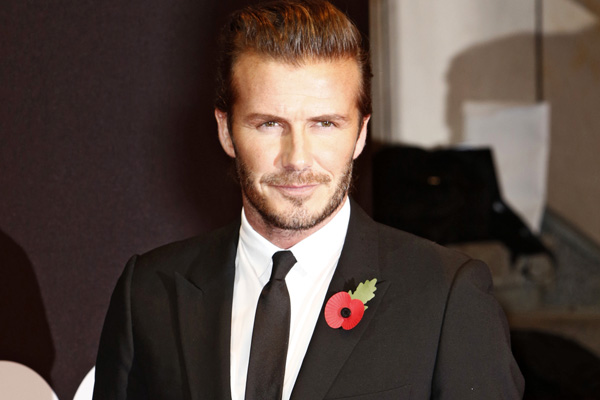 Does it surprise anyone that David Beckham received an award for being stylish? Not really. Is it going to stop us from ogling his photos? Nope.

The always-sartorially elegant Beckham was on hand to scoop up the award in the style category on Thursday at the 15th Annual GQ Men of the Year Awards in Berlin, Germany, and may we say he looked mighty handsome doing it!

The 38-year-old soccer player’s dapper style has been an object of envy for many, and as GQ editor-in-chief José Redondo-Vega pointed out, Beckham somehow manages to successfully bridge the gap between style and sport.

“Like no other athlete, David Beckham represents style and fashion influence,” Redondo-Vega stated. “With his trendsetting and sometimes daring appearances, he has created a bridge between the world of design, models and photographers and the world of world-class sports, and brought glamour back to a male sport.”

We couldn’t agree more! While Beckham tops our personal list as the most stylish man this year, we think others deserve a good word as well! So we’ve graciously compiled our very own list of runners-up, who have dazzled us with their acute sense of men’s style. 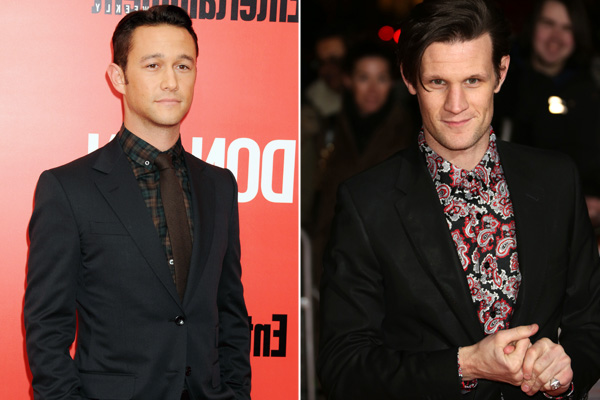 Pictured on the left in his fun suit-and-tie ensemble at the premiere of Don Jon in New York in September, Joseph Gordon-Levitt looks every bit a gentleman. We think the actor has really grown as a style icon this year, experimenting with patterns and contrast like nobody else. He has an innate ability to wear risqué plaids without looking frumpy or cartoonish, and continually discovers new ways to rock his impeccably tailored three-piece suits. He is definitely one stylish man to watch for!

Famed Doctor Who actor Matt Smith is pictured on the right attending the “David Bowie is” exhibition in London back in March. How many men can pull off a paisley button-up shirt? How many men are even brave enough to try to pull off a paisley shirt in the first place? Smith is no stranger to patterns and always manages to include a whimsical element to his ensembles on and off the red carpet. From his tailored suits with cropped trousers to his unruly swept hair, the man is the epitome of British sexiness. This year was a great display of his style prowess, which is why he is on our list! 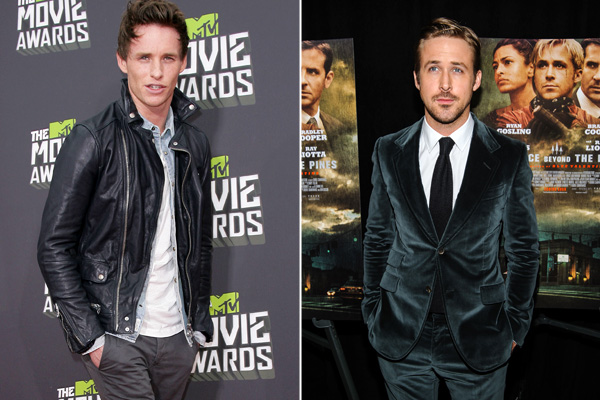 This hunky Les Misérables actor is pictured on the left at the 2013 MTV Movie Awards in April. Can we expect anything less than perfectly stylish from Eddie Redmayne, a Burberry model? We think not! If we ever digressed away from his skilfully honed and awfully enticing brooding-James-Dean pout, we’d actually notice that the man knows how to dress! Redmayne can strut a tailored suit with a twist for the red carpet and rock a knit sweater with Converse shoes on his off days without ever sacrificing style. With his rising fame, we are seeing more and more of this talented actor, and he impresses us every time.

Mr. Gosling is pictured right, attending the premiere of The Place Beyond the Pines in New York back in March — and he is wearing a velvet suit! There are very few people on this Earth who can pull off a velvet suit, and Ryan Gosling is one of them. What we love about Gosling is that when he hits the red carpet, he walks us through the history of style from different time periods. With the velvet, we get a sense of Romanticism; next time Gosling will show up in a copper-brown suit reminiscent of the Prohibition era… He always surprises us and always pulls it off! We’ve seen Ryan attend a fair share of red carpet events this year, and he’s always looked spot on.

We spy a trend! Jennifer Lawrence joins pixie cut army!
3 Things Sofia Vergara should be a spokesperson for
Jada Pinkett Smith’s new ‘do: Love it or leave it?