It can be difficult to believe, but some of our favorite celebrities weren’t always as worshipped and beloved as they are today. Instead of screaming hoards of fans and paparazzi, some of the most famous people on the planet faced constant teasing and bullying when they stepped out of the door–often because they were considered weird, strange, or different.

Below, we’ve collected a list of celebrities who weren’t always loved for their personalities and talents; in fact, they were ridiculed, including superstars like Justin Timberlake, Winona Ryder, and Sandra Bullock. The crazy part? Each one of them was able to stay resilient, hang on to who they really were, ignore the haters, and rise to success and fame no matter what was in their way. They are role models both for kids who are still in school and anyone who is trying to be themselves despite outer pressure to conform. 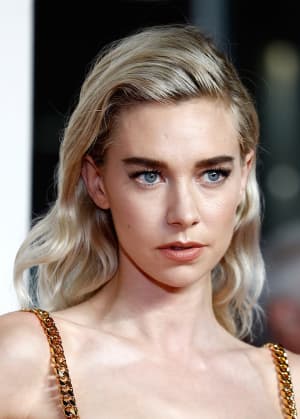 This rising star of an actress currently rules as Princess Margaret in The Crown and stars alongside Tom Cruise in the newest Mission: Impossible blockbuster. But getting through school was tough for the actress.

“It was always the drama side of things where I felt the most alive,” she told The Guardian about her experience in school. “The most myself. I was quite badly bullied for a few years and I became self-conscious about everything I did in relation to the bullies. But drama was the place where I didn’t.”

The bullying was so bad–and her teachers did nothing to stop it.

“Yeah it was… systematic,” she said. “Quite awful. A teacher said to my mum on my very last day of school: ‘She survived it. She’s done it,’ which means they knew it was happening.” 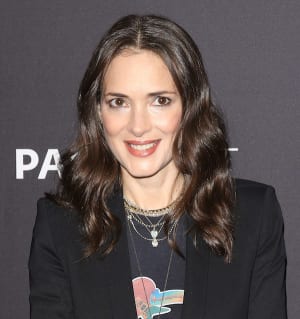 She first caught our attention in movies like Heathers and Reality Bites, and now she’s one of our favorite characters on Stranger Things. But when she was in high school, she literally had to get stitches after a group of bullies shouted a homophobic slur at her and slammed her into a locker.

Of course, she got sweet revenge years later, when one of the bullies asked for her autograph in a coffee shop–and Ryder got to tell her to F– off. And really, every single day of her extremely successful career is an FU to anyone who made her life miserable as a teen.

More: Why Are People Bullying This Young This Is Us Star? 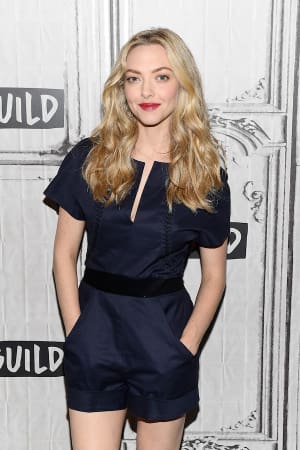 The Mamma Mia! star is a confident, glamorous actress, model, and singer–but it wasn’t always that way. The Hollywood regular opened up in a recent interview about how painful her schooling was because of bullying.

“I was made fun of at school for being pale and ugly,” she said according to Digital Spy. “I had dark moments as a pre-teen.”

The teasing contributed to panic attacks and OCD, but the actress has overcome all of it to follow her dreams–and speak out about bullying to others. 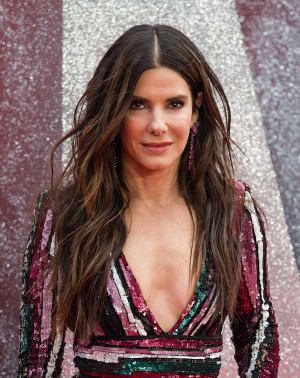 Sandra Bullock is currently applauded for her unique look and her overall individuality. But back in school, she was punished by her peers for those same traits. Her opera singer mother used to bring her outfit from Europe, which Bullock would get teased about in school, along with her lisp. But Bullock stood by her look and it all paid off in the end.

“Uniqueness was something my mother pounded into me,” she said in an interview. “I’ve made peace with the fact that the things that I thought were weaknesses or flaws were just me. I like them.” 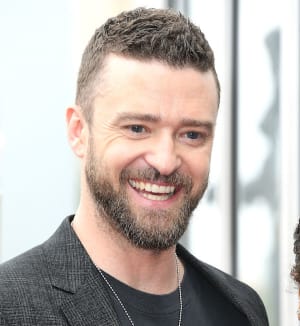 Today Justin Timberlake is a singing and acting superstar, not to mention a sex symbol. But when he was growing up in Tennessee, he was bullied for not fitting in with the rest of his classmates.

We are so, so thankful for Timberlake’s mom, too. Without her, her son might not have had the bravery to show his talents to the world and stand by the differences that make him so special. 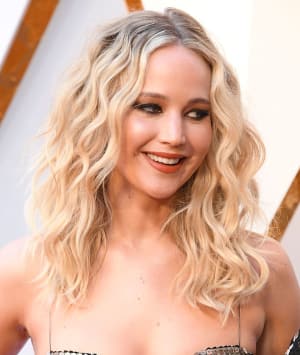 She’s talented and funny and smart and beautiful–but that doesn’t mean that she wasn’t bullied in school growing up. A-list actor and Oscar-winner Jennifer Lawrence reports that she was targeted and teased in middle school before she went big,

“I changed schools a lot when I was in elementary school because some girls were mean,” Lawrence told The Sun. “They were less mean in middle school, because I was doing all right, although this one girl gave me invitations to hand out to her birthday party that I wasn’t invited to.”

Don’t worry, though. She threw those invitation in the trash, and now she’s an internationally respected entertainer. 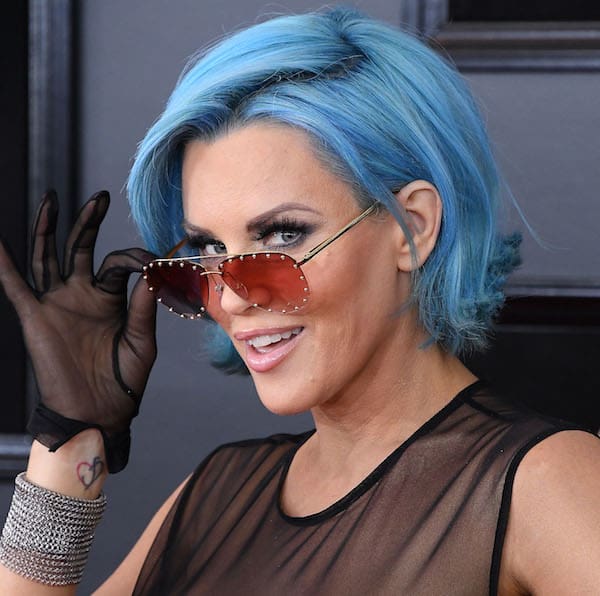 You probably know Jenny McCarthy from her dozens of movies and television shows–or else for her modeling career. But in school, McCarthy was bullied instead of praised for her personality and looks.

“I would have girls wait for me outside of school with pipes, to beat me up,” she told Ellen DeGeneres. “They were picking on me because their boyfriends would look at me on the way home.”

She continued: “By the time I got to high school, the girls were throwing pies at my face, pulling out my hair, spitting on me. The worst part was when they lit my hair on fire on the bus.”

Thankfully, McCarthy not only overcame, she also speaks out against bullying to this day.

More: Jenny McCarthy Says Her “Hair Was Lit On Fire” By Bullies 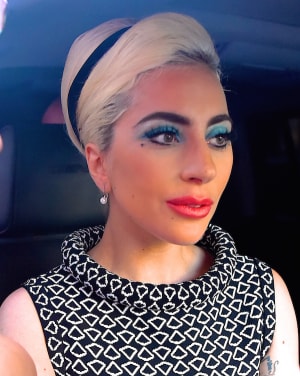 Today, Lady Gaga is celebrated the world over for being different, from singing her hit songs to wearing a dress made of meat. But not too long ago, she was severely ridiculed by her classmates for exactly the same reasons.

“Being teased for being ugly, having a big nose, being annoying,” she told Rolling Stone. “‘Your laugh is funny, you’re weird, why do you always sing, why are you so into theater, why do you do your make-up like that?’ I didn’t even want to go to school sometimes.”

Little did they know that she was going to make an entire career out of being different–and that she would be loved for it. 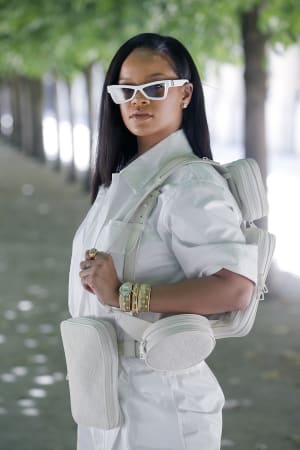 Growing up in Barbados was not always easy for songstress Rihanna. She was teased relentlessly for her appearance before she became famous for her pipes.

“I got teased my entire school life,” she told Glamour. “What they were picking on I don’t even understand. It was my skin color [which was lighter than her classmates’]. Then when I got older, it was about my breasts. But I’m not victimized?—?I’m grateful.”

Why would she possibly be grateful for such a crappy experience? She explained that it made her prepared for how tough she has to be in the music industry.

“I think those experiences were strategically put together by God for the preparation of being in the music industry,” she continued. It’s so easy for me to deal with the bullsh-t now.” 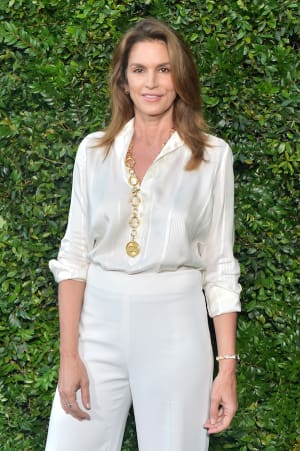 You know Cindy Crawford’s timeless signature mole that is know the world over? At one time, kids made fun of it. They also made fun of her eyebrows and hair, but it was mostly the mole:

“The mole was the thing I got teased about and was embarrassed about, and that set me apart,” she wrote in her memoir.

It goes to show you: often you get bullied for the best things about you, and often bullies might just be very jealous of what you can accomplish.