In honour of Arcade Fire’s recent conquering of the Billboard 200 album chart, we’d like to go through the best songs off their brand new album Reflektor. 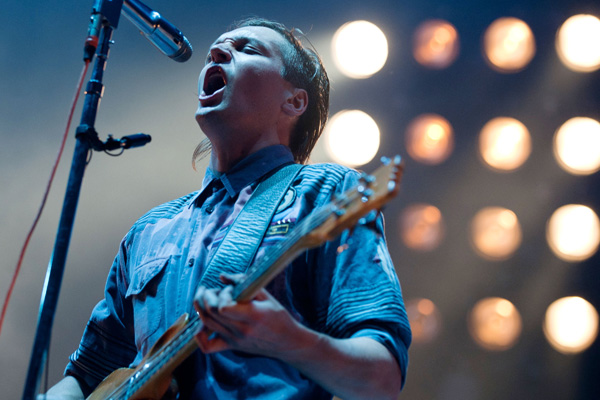 Canada for the win! Our very own indie rock band Arcade Fire has dethroned Katy Perry from the top of the weekly Billboard 200 album chart on Wednesday!

The band’s fourth studio album, Reflektor, has sold 140,000 units in its debut week, surpassing the sales of Perry’s new album, Prism, which grabbed the first spot last week but sold only 92,000 in its second week. Third place was taken by Kelly Clarkson’s Christmas album, Wrapped in Red.

To show our Canadian pride and support for Arcade Fire, we’d like to share some of our favourites off Reflektor. You can dance along if you wish!

“Reflektor” was the first single off Reflektor, and it was initially released on a limited edition 12-inch vinyl credited to a fictional band, The Reflektors. The content of the song was largely influenced by Haitian life and culture, which is mostly hidden in the subtext. The track also features the vocal talents of David Bowie, who is a huge fan of the band. We think this single was a perfect introduction to the rest of the album and the band’s musical evolution.

This song is just fun! With musical tones similar to Michael Jackson’s “Billie Jean,” it’s hard not to love it. “We exist” also proudly displays Win Butler’s hazy, smoky vocals, which complement the synth-poppy sound of the track perfectly. This song would be great for any party or a casual drive off the beaten path.

“Afterlife” is an amazing song with some prominent philosophical undertones that might have been influenced by existentialist writings. The composition is almost reminiscent of Arcade Fire’s second album. Neon Bible. It’s a little upbeat, which balances the density of the lyrics. We think it’s a great example of the band’s diversity and adaptability. Give it a listen!

Do you have a favourite track? Let us know!