They are gone! Jennifer Lawrence has decided to cut off her iconic long waves and opt for a short pixie cut, but she’s not alone! See other celebrities who’ve chopped it all off. 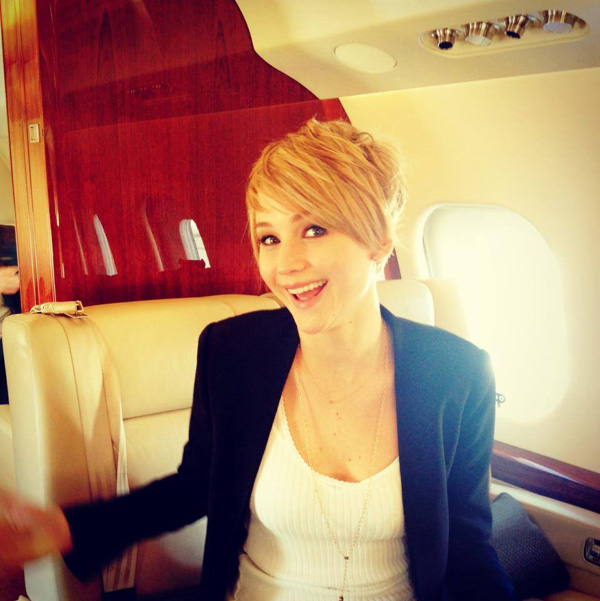 It is rather bittersweet to bid adieu to Jennifer Lawrence‘s long, luscious hair, but it’s all gone! Don’t worry — she still looks gorgeous (duh!).

The monumental hair chop took place sometime this week, and the 23-year-old Hunger Games actress debuted the new do via her Facebook page (photo above) on Wednesday. But judging from the photo’s accompanying caption, you’d think she didn’t just reveal a loss of several feet of hair!

“Headed up north for #GLOBALFANDAY with The Hunger Games Catching Fire cast. Follow this page all day for updates!” read the caption.

How nonchalant is that? Just another day in the life of Jennifer Lawrence: Grab a coffee, chop off 30 pounds of hair, catch a flight… We expected more buildup, emotions, some drama for Pete’s sake! Nothing.

In case you’re wondering, Lawrence will be sporting a wig during the filming of the third instalment of the Hunger Games series, Mockingjay. Shooting began back in September.

But whilst on the topic of hair changes, we spot with our vigilant eye a trend amongst celebrities: le pixie cut. Lawrence is not the first star to jump on the choo-choo train of short hairdos; several celebrities have recently emerged sporting shorter locks. 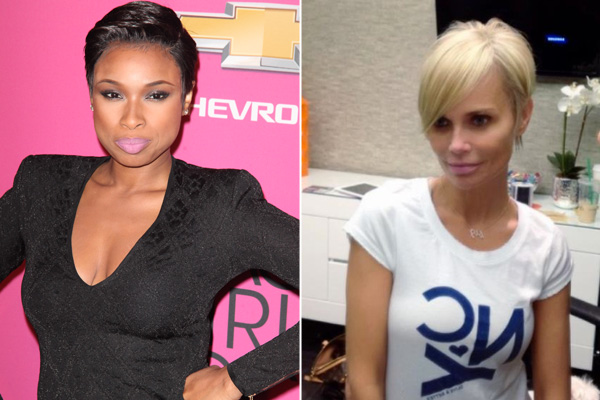 Jennifer Hudson showed off her brand new short do barely two weeks ago at the Black Girls Rock! event in New Jersey. Doesn’t she look great? We love how sleek Hudson’s hair looks; it also complements her facial shape and emphasizes her eyes. Love, love, love!

Kristin Chenoweth debuted her sexy hairdo just last week through a photo posted on Twitter by her hairstylist, Jonathan Hanousek. We could cut ourselves on those cheekbones! Chenoweth’s pixie cut emphasizes all the right facial features, especially those lovely cheeks. If it’s possible, she looks even more adorable than usual!

Pam Anderson is another celebrity who shed her famous blond waves in lieu of a pixie cut. We think her new do makes her look at least 10 years younger, more modern and beautiful! Anderson is also incredibly feminine, and the new cut will only embellish that!

What do you think of Lawrence’s new haircut? Are you thinking of maybe indulging in the low-maintenance pixie cut?

3 Things Sofia Vergara should be a spokesperson for
Jada Pinkett Smith’s new ‘do: Love it or leave it?
J.Lo did not have plastic surgery, but these stars sure did!