Of all things, this? Katy Perry’s new album, Prism, has been listed as a possible biohazard in Australia because of the small packet of seeds contained in the packaging of the record. 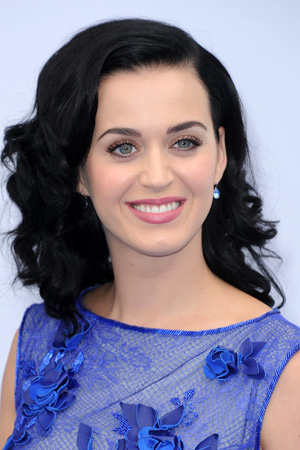 OK, we’ve never released any records of our own, but we’re pretty sure biohazard risks should be low.

But per Rolling Stone magazine, authorities in Australia have declared the packaging of Katy Perry‘s latest album, Prism, a potential biohazard! Say whaa?

That is correct! Because Perry is such an incredible overachiever, she actually designed special album packaging to contain packets of seeds indigenous to and sourced locally in specific regions, so every region would have its own special edition, with seeds exclusive to that region. It was aimed to be an initiative to encourage her fans to contribute to nature and plant the seeds.

So what’s the problem? Well, Australia’s vigilant Department of Agriculture is concerned about international albums — purchased online — containing foreign seeds and being imported into the country, thus posing a possible risk to its multitudinous ecosystems.

“Seeds or plant material of international origin may be a weed not present in Australia or the host of a plant pathogen of biosecurity concern,” a spokesperson for the department told the magazine. “The Australian government has a strong system in place to detect and respond to material of biosecurity concern. This includes the inspection of mail, cargo and baggage.”

So authorities will be inspecting the imported versions of the album to make sure they pose no threat to the local environment.

How crazy is that? We’re sure there’s no way Perry could have predicted this kind of outcome!

Just for fun, did you know that not only are substances and materials labelled as biohazards but that there’s even a system for various diseases categorized by the American Center of Disease Control and Prevention? You know, just in case someone enters the country with a vial of smallpox (which is at the highest Biohazard Level-4). The diseases range from chicken pox and mumps to West Nile virus and Ebola. Luckily Perry was not accused of smuggling any of those within her album…

We thought the seed idea was brilliant! It’s too bad it could potentially wipe out species of insects or plants and send Australia’s concentration of biodiversity tumbling into ruin. What do you think?