Jennifer Lopez has recently dodged an accusation of having had plastic surgery on her face, but, sadly, there are plenty of stars who did go under the knife to alter their appearance. 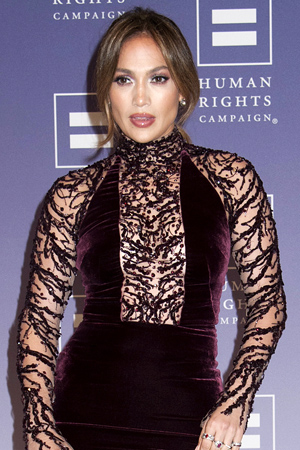 If somebody accused you of injecting your face with poison or stuffing your body parts with silicone, you’d be pretty indignant too, no?

Jennifer Lopez has decided to clear up the fog of deceit conjured up by an alleged “facial plastic and laser surgeon” in London named Dr. Ayham Al-Ayoubi, who purported that the pop diva had work done. Why, how dare he?

“These before and after pics of @JLo show many signs of #plasticsurgery – naturally pretty but now looks amazing,” Al-Ayoubi tweeted.

Ahem! Obviously, that statement did not sit right with the gorgeous 44-year-old singer; she responded via her own Twitter account.

“@DrAyoubi Sorry Sir, but I have never had plastic surgery of any kind. #fact”

Bam! The only way J.Lo’s appearance was ever altered unnaturally is perhaps through divine intervention at birth! #Fact. But just because Jenny from the block never had any plastic surgery, doesn’t mean others haven’t! Since it’s always twistedly amusing, let’s check out some other natural beauties who did choose to go under the knife in the name of less natural beauty. 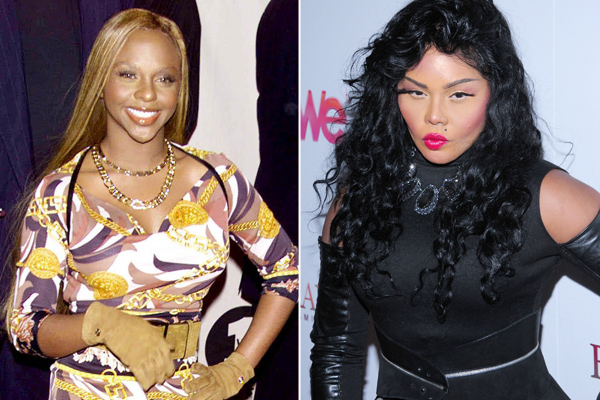 Everybody knows Lil’ Kim. She’s an incredibly talented female rapper, and there are very few like her! But lately, the 37-year-old performer has been making headlines for reportedly undergoing several cosmetic procedures including a nose job, breast augmentation, liposuction, cheek implants and possibly even skin lightening! We thought she was gorgeous before; there was absolutely no need to change! Lil’ Kim denies the reports, but we’ll leave it up to you to judge! 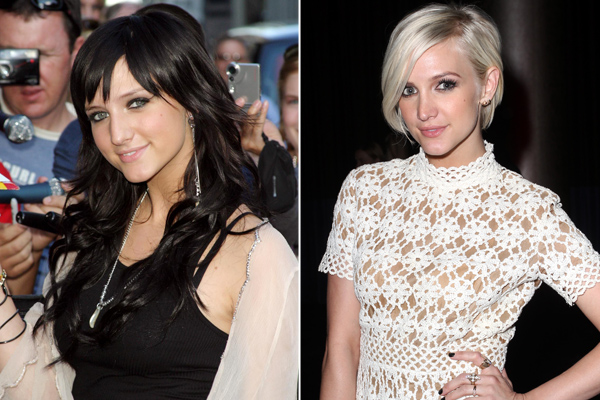 Although she’s also never confirmed it, Ashlee Simpson has reportedly gone under the knife to alter her nose and receive chin implants. Of course, she also stands accused of getting a brow lift, Botox and lip fillers. . . But those are more difficult to confirm! So, is Simpson looking different? We must admit the singer had a very unique look before and now seems to blend in with the masses. Whether it’s due to surgery is up for debate. 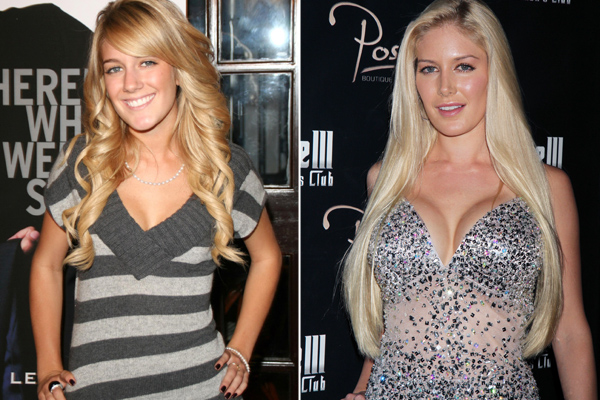 Heidi Montag has been accused of being addicted to plastic surgery. The 27-year-old former star of The Hills changed her entire image from looking like a normal woman to looking like a Barbie-like cartoon character. Montag has reportedly had more than 10 procedures done, including breast augmentation (to F-cup!), brow lift, nose job revision, chin reduction, ears pinned back, several liposuctions. . . And she’s not yet 30! While on subject, F-cup breasts? Wouldn’t you need the aid of a crane just to get out of bed in the morning? How would you hug people? Montag actually reduced her breasts to D-cups recently, probably because they developed their own gravitational pull. We still don’t understand what was wrong with Heidi’s appearance in the first place!

There you have it! Thousands of dollars tossed to the wind to achieve the ever-so-allusive concept of perfection when it would be so much cheaper to just come to terms with your natural beauty. Let’s all be a little more like J.Lo (physically and mentally) and cherish what Mama Nature gave us!