Kanye West has postponed his entire tour while his equipment is repaired after an accident occurred. Meanwhile, let’s remedy the situation by examining his most inspirational tweets! 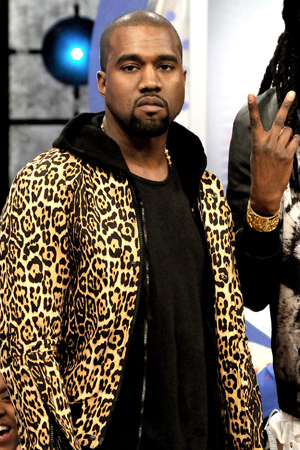 The man is a perfectionist… What can you do?

Kanye West‘s Yeezus Tour hit yet another rough patch when a handful of essential equipment was damaged in an accident, leading to the postponement of all shows until further notice.

“Yesterday, on the road to Vancouver, a truck carrying The Yeezus Tour’s custom-made video truss and 60-foot circular LED screen was in an accident that damaged the gear beyond repair,” a spokesperson for Island Def Jam Music Group said in a statement through E! News.

“As a result of this event, it is impossible to put on the show, and the Yeezus Tour will be postponed until these essential pieces can be re-engineered and refabricated.” The spokesperson added, “Kanye West will not compromise on bringing the show — as it was originally envisioned and designed — to his fans. The Vancouver, Denver and Minneapolis dates have been postponed. Further details on the affected tour dates will be announced shortly.”

West was forced to postpone his Oct. 20 concert in Vancouver and the Anaheim, California, show on Friday. The rapper was still able to pull off two shows in Los Angeles on Oct. 26 and Oct. 28.

Of course, Kanye could just downsize or switch his set around and continue the tour, but we all know the rapper takes a lot of pride in his artistic vision. So if you’re a little bummed out about having to wait longer for his concert or just need a little pick-me-up, let’s remember some of Kanye’s most inspirational tweets that in no way compromise his vision.

Posted on Aug. 25, 2010. Right off the bat, you get a visual, no? West will not waste time on asymmetry. Who needs that stuff anyway? The rapper is all about balance.

Posted Sept. 18, 2010. We’ve never personally been to a bike store with Kanye West, but this statement seems accurate to us. You might make good decisions at a bike store — maybe even great ones — but Kanye is always raising the bar. He makes awesome decisions, always.

3. “Classical music is tight yo”

Posted on July 29, 2010. We can’t argue with that! If you think Kanye West is one dimensional, think again. The rapper sees inspiration in all genres of music, including classical, and is not afraid to tell the world about it!

4. “I would like to thank Julius Caesar for originating my hairstyle”

Posted on Jan. 21, 2011. Julius Caesar is known for many things, but his hairstyle is probably his most undervalued contribution to history. Kanye recognizes Caesar’s fashion savvy and is clearly not afraid to dapple the sands of time for some creative stimulus.

We make jokes, but let’s get real… There’s a reason Kanye’s tour is postponed. It’s the same reason his fans will patiently await the announcement of the new dates: He delivers only the best. When it comes to creating an all-encompassing show, West never disappoints, which is why he is the consummate artist.