Oh, Tina Fey, how we love you! The comedienne’s brand new show, Tooken, has been ordered by NBC straight to series, with 13 episodes already planned. 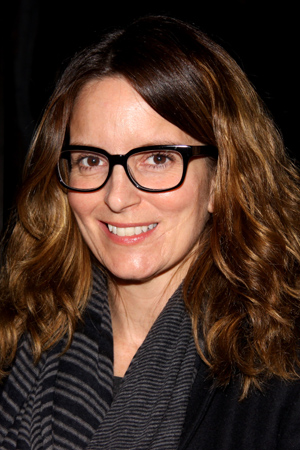 Let’s lay it down: Everything Tina Fey touches, smells or does is pure gold. That’s just an indisputable truth.

So the news of NBC ordering Fey’s new show, Tooken, straight to series obviously has us jumping for joy and hugging our 30 Rock posters!

The show is a single-camera comedy, starring The Office‘s Ellie Kemper as a woman who escapes the clutches of a doomsday cult and attempts to re-establish her life in New York City. NBC has ordered 13 episodes thus far.

3 Celebrities who could lead a revolution >>

“We have been lucky enough to work at NBC for our entire careers — except when Robert worked at The Dana Carvey Show, now available on DVD — and we thank Bob and Jen for their continued support,” Fey and Robert Carlock (who’s also working on the series) said in a statement.

“Tina and Robert, who cemented their partnership on 30 Rock, have created a new signature comedy for us that is audacious, emotional and clever,” chairman of NBC Entertainment, Robert Greenblatt, stated. “While tapping into very relatable themes, there isn’t anything like this anywhere else on television. NBC has been their home for many years, and we’re so happy that they’ve found another way to push the comedy envelope for us.”

The praise did not stop there, though! President of NBC Entertainment, Jennifer Salke, also chimed in with, “Original voices like Tina and Robert don’t come along very often, and we wanted them back on the air as soon as possible. And to have them working with Ellie Kemper, who we watched grow up on The Office from supporting player to leading actress, puts the whole package together. We feel fortunate to be in business with this entire creative team on something so funny, unique and attention-getting.”

The emergence of this new show is hardly surprising — Fey is on fire right now! With 30 Rock concluded, the comedienne signed a four-year producing-deal with Universal TV last year, with the purpose of creating new shows. Just this August, Fox picked up another Fey comedy series set in a women’s college that is opening its doors to male students for the very first time. We’re excited about that one as well!

Even though the hilarious actress is not expected to be making any onscreen appearances in these shows, we can rest assured her comedic genius will be all over them. Plus, we have two years of Golden Globes with Fey and Amy Poehler to look forward to… Can life get any better than this? We doubt it.

A How I Met Your Mother spinoff? Yes, please!
Emile Hirsch is not alone! Check out these other biopic stars
Lost Star Wars gag reel released!